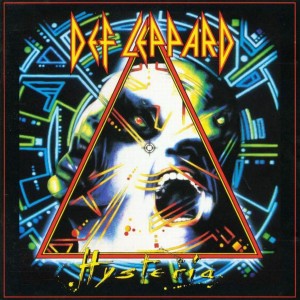 Forget going on tour – these days all the rock & rollers are setting up shop at the notorious Hard Rock Hotel and Casino in Las Vegas for an extended stay/mini-tour that doesn’t require transportation.

Why Vegas? Well besides the fact that people go there to party and spend money, it’s probably very appealing for aging rockers to have their fans come to them rather than spending months at a time on the road.

Artists performing in Vegas for extended periods of time is nothing new – Elton John, Celine Dion, Bette Midler and Toni Braxton, among numerous others did it for years at a variety of hotels– but these days more and more 80s rock bands have joined the list and they are all heading to the Hard Rock.

In fall 2012, Guns N Roses (the new version) did a 12-show stint running from Halloween through Thanksgiving which earned rave reviews and continuing the 80s metal fun this spring is Def Leppard. The band’s nine-show run begins March 22 and ends April 10 and their set list will include their big hits along with playing their iconic album Hysteria, which has sold upwards of 10 million copies since its 1987 release, front to back. When the band isn’t performing, they will be working on recording new material which hopefully means more Def Leppard tours in the future!

Most of these big rock and roll shows take place at The Joint (located inside the Hard Rock) – a legendary venue that has hosted The Rolling Stones, The Black Crowes, Motley Crue, David Bowie, Coldplay, Oasis, Alicia Keys and Nine Inch Nails, just to name a few. Additionally, the Black Eyed Peas, The Cult and Aerosmith have all released live albums that were recorded at The Joint. Who will be the next rockers to take up residency there?