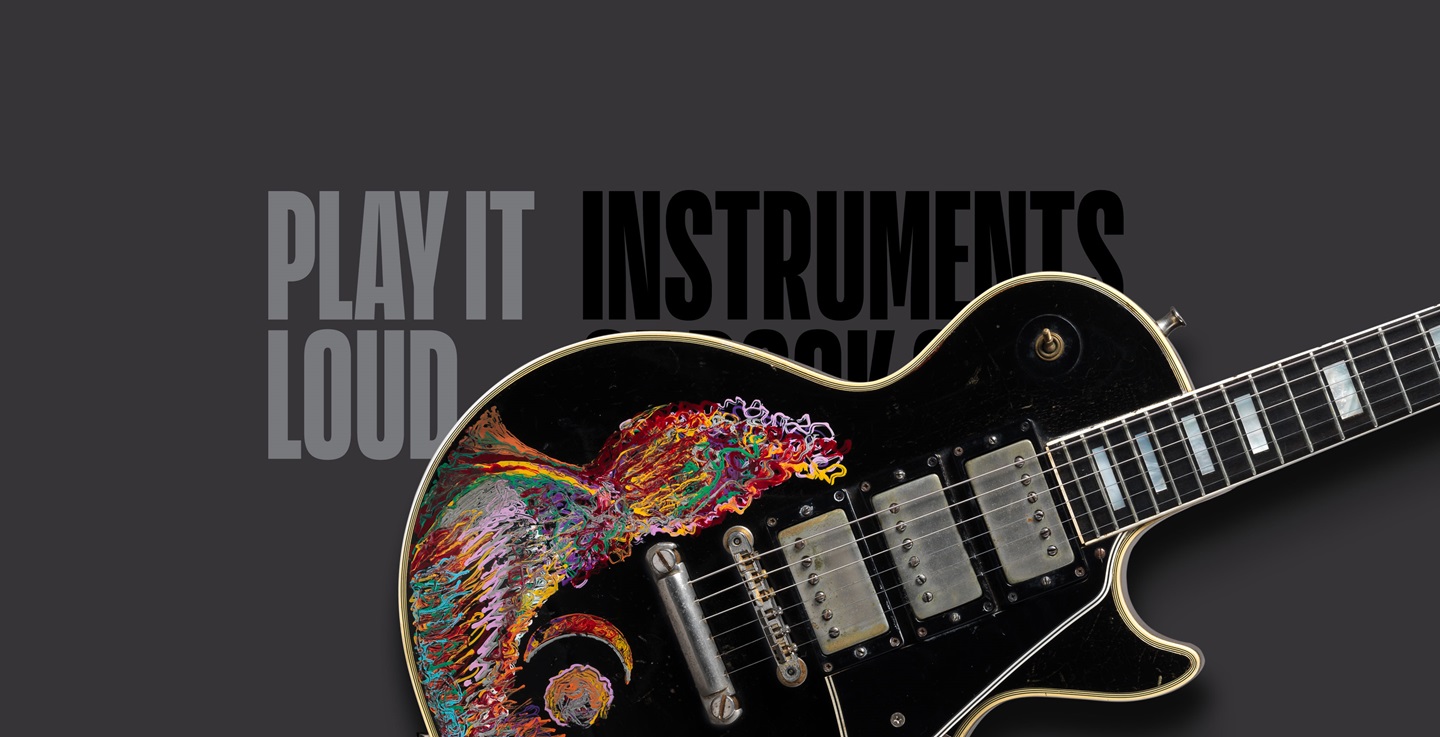 How has there never been an exhibit that showcases instruments as art?! One would think there have been many as instruments, like voices, are ways in which musicians ensure that their art gets heard. But apparently, it’s taken until now to officially showcase those instruments.

Running through October 1, 2019, the exhibit is a collaboration between the Met and the Rock and Roll Hall of Fame in Cleveland, which is where the display will move after its New York run. According to Museum Director Max Hollein, “Play It Loud celebrates a formative chapter in twentieth century art and culture, and the extraordinary objects featured in this presentation convey the innovation, experimentation, passion, and rebellion at the heart of rock and roll. The exhibition allows us to appreciate the artistry of the instruments as well as their powerful role in the creation and expression of rock’s legendary sound and identity.”

Now that’s what I’m talking about! Examples of the featured instruments include Keith Richards’ Les Paul, Jimi Hendrix’s Fender Stratocaster, Keith Moon’s drum kit, and Clarence Clemons’ saxophone. The exhibit will also showcase posters from various shows and events such as the 1967 Monterey Pop Festival, Janis Joplin’s 1968 show at the University of California’s Irvine Campus with Big Brother and the Holding Company, and the Jimi Hendrix Experience’s 1969 show in Frankfurt, Germany.

Because some of these instruments have become characters in and of themselves, having them all in one place is a coup for the Met in many ways. The inclusion of Hendrix’s electric guitar “Love Drops,” originally decorated by him, along with Eric Clapton’s “Blackie” and Eddie Van Halen’s “Frankenstein,” exemplify that the instruments played by the artists were just as important as the clothes they wore and the words they wrote. They unquestionably contributed to each musician’s overall style and stage presence.

Additionally, Jayson Kerr Dobney, Curator in Charge of the Department of Musical Instruments, made an excellent point that, until now, most people have only seen these instruments from far away. “This exhibition will provide a rare opportunity to examine some of rock and roll’s most iconic objects up close.”

For all the rock and roll fans living in New York City or Cleveland, go see this exhibit. The opportunity to view important pieces of music history up close is something that’s never been offered before and who knows if it will be offered again.