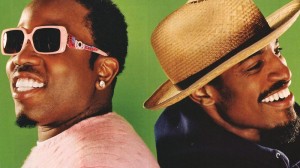 If Outkast reunites at next year’s Coachella extravaganza it would be a huge deal. Why? Because they are a Grammy-winning hip-hop duo that everyone likes, they are one of the most successful hip-hop groups of all time and they have been on hiatus since 2007.

After forming the group as high school students in 1992, Outkast released its debut album Southernplayalisticadillacmuzik (1994), which gained popularity after the single “Player’s Ball” reached number one on the Billboard Hot Rap Tracks chart. The duo released ATLiens in 1996, followed by the albums Aquemini (1998) which featured the hit “Rosa Parks” and Stankonia (2000) which yielded three huge hits: “”Ms. Jackson,” “B.O.B.” and “So Fresh, So Clean.”

In 2003, the duo released a double album entitled Speakerboxxx/The Love Below, which featured the ubiquitous number one singles “Hey Ya!” and “The Way You Move” and won the Grammy for Album of the Year in 2004. Outkast’s final creation together was the soundtrack for the 2006 musical film Idlewild, which they starred in.

Since 2007, both members have pursued their solo careers, although the group moved to Epic Records in September 2011. No one really knows why Andre 3000 and Big Boi stopped making music together, especially since Outkast has sold over 25 million copies over eight releases, they’ve won six Grammy Awards and both Aquemini and Stankonia are ranked in the Rolling Stone’s 500 Greatest albums of all time. Both members are always very unclear when it comes to questions about future collaborations even though they appeared together on a remix of Frank Ocean’s “Pink Matter” as well as a remix of T.I.’s “Sorry.”

I guess we’ll have to wait until the spring to find out what Outkast has up their sleeve but I’m hoping it’s a new record. The music industry misses them and so do I.