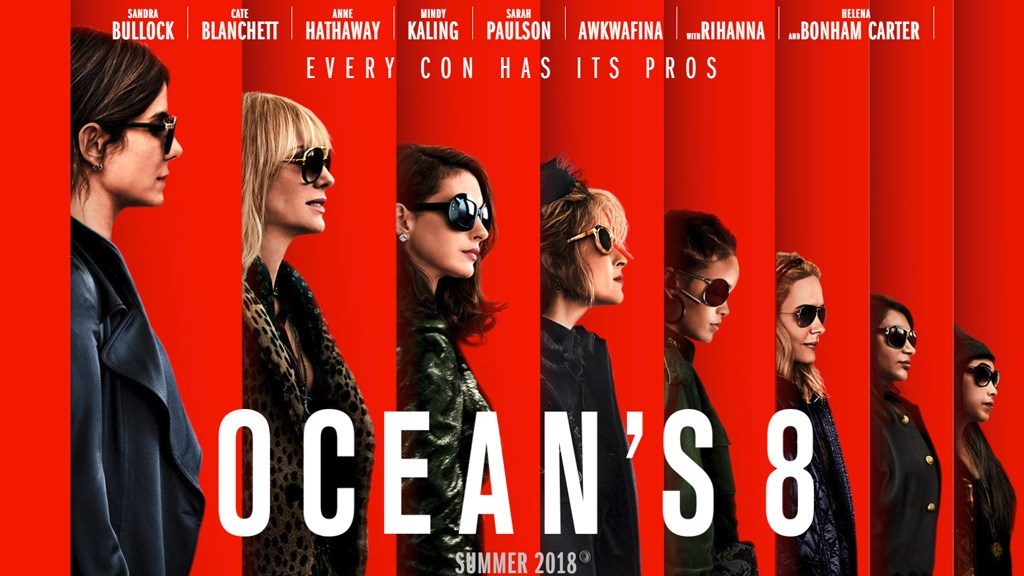 Although the highly-anticipated Ocean’s 8 hit theaters in June, sometimes my small town doesn’t get every movie or the movie doesn’t stay in the theater long enough to see it. Last night, thanks to OnDemand, I finally had the opportunity to watch the “female version” of the Ocean’s Eleven trilogy and it was a lot of fun.

Because several months have passed since the movie’s release, I’m not going to write a review. I assume most people probably know a lot about the movie and/or have already seen it. But I do have some notes and observations I’d like to share: