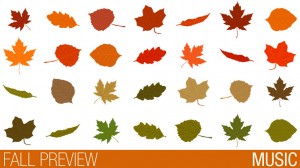 Now that Labor Day Weekend has come and gone and the temperatures are dropping a little bit (i.e. it’s going to be 75 degrees in Denver this weekend rather than 100) it’s time for new fall music! And apparently the 90s are back as No Doubt, Green Day and The Wallflowers are all releasing new albums within the next four weeks. Fun fact: Did you know that all three of these bands have multiple Grammy awards on their shelves?

No Doubt – Best Pop Performance by a Duo or Group for “Hey Baby” and “Underneath It All.”

The Wallflowers –Best Rock Performance by a Duo or Group with Vocal and Best Rock Song for “One Headlight.”

Anyway, here is a rundown of the new music we can expect from them over the next few months. I’m very much looking forward to listening to all three while watching the leaves change during my favorite season:

No Doubt – Push and Shove
September 25

If their single “Settle Down” is any indication, this new album is going to be very reminiscent of their 1995 debut Tragic Kingdom which sold over eight million copies. Expect lots of their original punk rock sounds infused with some island beats – sort of like a Sublime record with a female singer. I can’t wait to hear the rest of the songs on this album as I’m hoping it’s going to be one of those discs you can listen to the whole way through because every song is that good.

As a band who has never been described as conventional, it should be no surprise that Green Day will be releasing three albums over the next five months. Aptly titled Uno!, Dos! and Tres! the trio of albums are set for September 25, November 13 and January 15. Uno!’s first single “Oh Love” showcases lead singer Billy Joe Armstrong sounding better than ever and with multiple albums coming out the band will most likely announce an upcoming tour to support their studio work.

The Wallflowers – Glad All Over
October 2

It’s been seven years since Bob Dylan’s offspring Jakob and his band released new music but I’m thinking this record is going to be worth the wait. Titled “Reboot the Mission,” the first single from Glad All Over features a catchy beat that juxtaposes Dylan’s low, raspy voice in a really interesting and unexpected way. The song is a fun surprise – especially from a band that has been pretty straightforward alternative rock in the past.

So start sliding into your fall traditions (i.e. football, pumpkin flavored everything and long sleeve shirts) and get ready to listen to some new stuff from old friends – I have a feeling it’s going to be a great season.