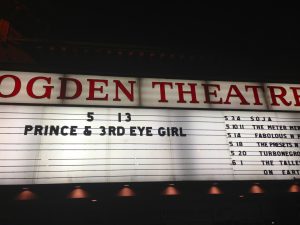 My cousin is the Assistant Head of a middle school in Greenwich, Connecticut and was recently asked by one of his students to name his favorite concert of all time. When he told me the story I laughed and said, “That’s impossible to answer.” So he asked me to write a list of my top five favorite concerts of all time and I laughed at him again. I said that’s a complex question for a music fan because there are so many factors that go into what makes a show memorable including the venue, the people I was with, the circumstances going on in my life at the time, and, of course, whether or not the artist/band playing put on an outstanding show. I could hear his eyeballs roll through the phone when I said that but he told me to make the list anyway.

Here you go Marshall – my Top 15! Not a chance was it going to be only five…

Tom Petty and Jackson Browne – August 2002 – The day I moved to Colorado I went to Red Rocks for this show. Served as an excellent introduction to my new life.

Eric Clapton – July 2004 – He’s one of the best guitarists in history and, even though it was at the Pepsi Center which is usually not my favorite venue, it was the first show I saw with Wookie. 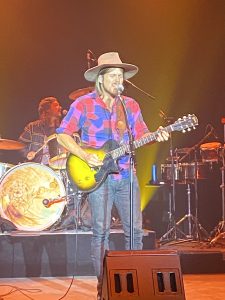 hurricane derailed my plans. Not a bad “Plan B.”

Billy Idol – August 2006 – A friend couldn’t go so she gave me and another friend her tickets. Seeing Billy Idol in such a small venue in Denver was amazing – especially since he sounded great and his band looked like they belonged in Motley Crue.

Van Halen – February 2008 – It took some convincing, but my Mom went with me and a few other friends. I’ll never forget seeing David Lee Roth and Eddie Van Halen live for the first time. Here we are 11 years later and our son’s middle name is Halen.

Foo Fighters – September 2008 – Red Rocks with Carly. Favorite band with my best friend at arguably one of the coolest venues in the United States. It was also the day after my 25th birthday.

Aerosmith and ZZ Top – August 2009 – My third time seeing Aerosmith and my first/only time seeing ZZ Top. Both bands were great and Fiddler’s Green was the perfect venue for their loud guitars.

Grace Potter – February 2011 – Small venue, new (at the time) band, and an excellent frontwoman whose fringe outfits were reminiscent of Tina Turner and whose flying V guitar reminded everyone that she was there to rock.

Chris Stapleton – May 2017 – There’s nothing like seeing an artist when they have a hit debut record but are not quite as big as they would soon become. As we watched Stapleton light up Red Rocks, I said to Wookie that the next time Stapleton came through Colorado he would be playing at Pepsi Center and that’s exactly what happened. 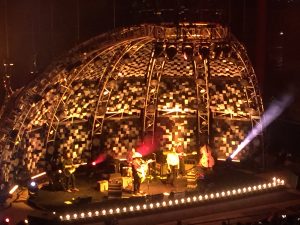 Guns N Roses – August 2017 – Three hours straight of rock and roll that started right on time. It was amazing.

Robert Plant – June 2018 – Seeing the frontman of my favorite band was unreal. I still kind of don’t believe it happened. The former lead singer of Led Zeppelin played at a 1,200-person venue and I was there to see it.

Greta Van Fleet and Dorothy – October 2018 – Not only were both bands incredible, but on the way to that show we found out we had a viable pregnancy. It’s not just the band and the venue – it’s the people and the circumstances as well.

Lukas Nelson – February 2020 – His band was on point and he was an extremely charismatic frontman who looked genuinely happy to be there. Seeing this show at a small venue in Beaver Creek (500 people) made it even better. 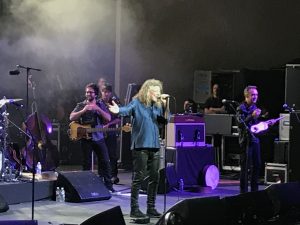