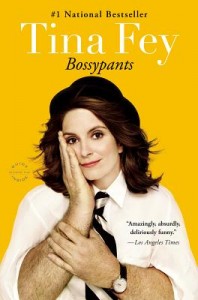 Since I graduated from college eight years ago, I’ve found that the books I’m most drawn to are the ones about real people and their backstories. As someone who enjoys popular culture, specifically music, my literary choices have encompassed books that are the words format of Behind the Music episodes.

A few of the titles I’ve read over the last few years:

The Dirt: Confessions of the World’s Most Notorious Rock Band – Published in 2001, this book chronicles the band’s formation, rise to fame, sold out arena tours, drug and alcohol issues, stints in rehab, personal lives, traumas, etc. I loved every minute of it and I wasn’t the only one because the book spent four weeks on The New York Times Best Seller list.

Medium Raw – Written by Anthony Bourdain and released in 2010, the book talks about food and places Bourdain has visited but also examines how the food industry fits into pop culture and how it’s changed. Staying true to his “bad boy” image, Bourdain is not afraid to tell the reader exactly what he thinks. His writing is very direct and autobiographical (I could hear his voice as I was reading) as he discusses his past (drugs, a failed marriage, crazy women, spending too much time in bars, etc.) and how far he’s come in his career and his life.

Reckless Road: Guns N’ Roses and the Making of Appetite For Destruction – Written by Mark Canter and published in 2008, the book was not as good as I anticipated but the photos made my time spent worthwhile. Canter noted that he wanted the reader to feel like they were at a GNR show and that is exactly what it feels like.  That being said I wanted a behind the scenes account of what the band went through to create one of the rawest, ballsiest and most aggressive albums of all time but instead it was more of a reiteration of facts I already knew.

Tattoos & Tequila: To Hell and Back with One of Rock’s Most Notorious Frontmen – Released as a literary accompaniment to his album of the same name, Tattoos & Tequila is Vince Neil’s tell-all book of the life and times of one of rock and roll’s most decadent and infamous lead singers. Released in 2010, the book provided similar backstories to The Dirt but from one perspective rather than several. Although this one didn’t land on any important lists, it was an interesting and entertaining read.

I Want My MTV: The Uncensored Story of the Music Video Revolution –While reading this book, I learned a lot about the channel I grew up watching. Singers, VJs, executives, drummers, music video producers, comedians, managers and models, among many others, were quoted in this book to help tell the story of the channel that changed the music business. It was fantastic and I love that it provided so much new information and fun facts about the channel itself and the various players who made MTV so iconic.

The most recent biography I finished – Bossypants by SNL alum and 30 Rock creator Tina Fey –  not only spent five weeks on The New York Times Best Seller list, since its release in 2011, it also sold over one million copies in the U.S.  Additionally, Fey was nominated for a Grammy for her narration of the audio book which has sold over 150,000 copies. Not surprising at all considering while I was reading the book I could hear her voice (similar to Bourdain) as she talked about her awkward childhood, cutting her teeth as a member of Second City, her time during at SNL and now at 30 Rock. I laughed out loud during many of the chapters and was disappointed when the book was done.

Although these books were written by a variety of names that include musicians, people who spent time with musicians, a chef and a comedian, they are all true stories that will be enjoyed by anyone who appreciates their craft. As a newspaper and magazine writer, I guess I shouldn’t be surprised that I’m drawn to real humans and the unique narratives about their lives – especially after all those years in school reading classic fiction. Don’t get me wrong some of the classics are my favorites but at this point in my life when I can read anything I want and am no longer told what to read, the real stories about real people is what interests me the most. Any suggestions on what I should read next?