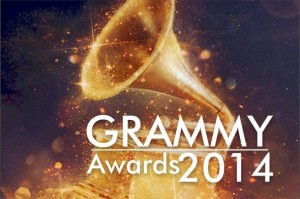 I look forward to the Grammys every year. End of story.

Yes they go on too long and some of the nominees and winners are questionable at times but guess what? I don’t care. These awards are music’s biggest night because winning a Grammy is a big deal. It’s the highest honor for a musician and it’s garnered some of the most memorable performances in the history of the industry.

My commentary on this year’s show:

-Beyonce. Jay-Z. Separately they could rule the world but together they are a force bigger than everyone and everything on the planet. When these two powerhouses performed together I thought everyone’s heads were going to explode. Holy talent. I can’t wait to see what Blue Ivy does when she’s 25 or 10 or even five years old.
-When I heard Lorde’s “Royals” for the first time it gave me hope for current music. And when she sang the shit out of that song looking like Wednesday from the Adams Family it affirmed my thought process. Thank you Lorde for reminding the fools out there that we’re not caught up in their love affair.
-I’ve never been on a passenger on the seemingly never-ending Taylor Swift train but after tonight’s performance that girl is growing on me. She writes everything she sings, plays several instruments very well and tonight she was a performer. Not some pop/country crossover kid who has mastered the “Oh my God I’m shocked I won another award” look. Tonight she exuded maturity, emotion and serious talent. No rainbows and puppy dogs – just stripped down, fabulous singing from a young girl who has seen things and been places.
-Pink – reprising her 2010 high flying trapeze performance (sort of) was nothing short of impressive but was she actually singing this time? Her debut high wire act is still considered one of the best Grammy moments of all time and this dance performance was exceptional for sure. I just hope her words were actually coming out of her mouth.
-Whose idea was it to give Ozzy Osbourne a microphone? Where the hell were the subtitles?
-Apparently Yoko and John Lennon Jr. (aka Sean) also got the Adams Family memo. Wow.
-Although Kacey Musgraves’ outfit looked like it was made in the redneck clothing boutique from hell, I thought her song and performance was fun. Reminded me of June Carter (Cash) and her carefree attitude to the institution that is country music.
-Paul McCartney and Ringo Starr playing together – apparently a big deal to everyone but me. But I’m not a Beatles fan. And I’m not really sure what having actors like Johnny Depp in the background video reel was supposed to accomplish. But then again their band did change the face of music when they came to America 50 years go.
-I usually love Steven Tyler but he looked like a creeper tonight and I hated it.
-Willie Nelson, Kris Kristofferson, Merle Haggard and Blake Shelton. Talk about outlaw country legends. So awesome.
-Watching looks on the faces of Jay-Z, Beyonce and Jamie Foxx during “Don’t Let Your Babies Grow Up To Be Cowboys” was priceless. It was as if the country legends were speaking Mandarin Chinese.
-Pharrell Williams, Daft Punk and Stevie Wonder. Unexpected and a little quirky but I liked it. Especially since I felt like I was watching an exceptional house band at some local bar in Little Havana.
-Dueling pianos never fail and Carole King with Sara Bareilles exemplified why that’s the case. Amazing.
-Song of the Year to Lorde for “Royals.” Yes!
-This year’s most anticipated performance was most definitely Metallica performing “One” with acclaimed concert pianist Lang Lang and they definitely did not disappoint. All these decades later James Hetfield is still one of the most ferocious frontmen in rock/metal history and seeing him shred this guitar next to Lang Lang banging the hell out of his piano was epic. Grammy moment achieved.
-Didn’t see the Macklemore song bringing together so many same sex couples coming but it was very cool. Also, having Queen Latifah and Madonna helping out was exciting, surprising and bizarre.
-You know what else was surprising? Country queen Miranda Lambert and punk rock frontman Billie Joe Armstrong not only singing together but singing well! Duo of the night for sure.
-Making Grammy history, Daft Punk wins Album of the Year. Yep, you read that right. Daft Punk is the first act ingrained in underground dance culture to score album of the year.