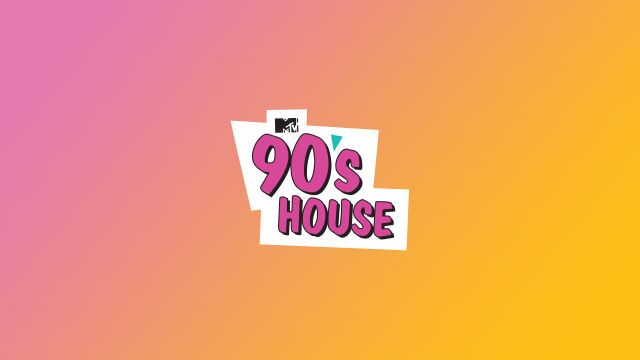 The 90s called – and apparently, MTV answered! A new show called 90s House, which debuts on September 26, is a competition that is placing twelve millennials in a 90s-inspired house. What does that mean? These kids will have to unplug their modern-day devices and use the technology, catch phrases, and fashion from the beloved decade to earn their place in the house. Each episode will feature opponents facing elimination by competing in various 90s-themed challenges with the winner receiving $90,000, a Mazda Miata, and two tickets on board the Ship-Hop I Love the 90s Cruise. Yep, you read that right.

While the 90s have “made a comeback” in the last few years with television show reboots (i.e. Full House, Twin Peaks, and The X-Files) and music tours such as the I Love The 90s Tour (featuring artists like Vanilla Ice, Salt N Pepa with Spinderella, Color Me Badd, and Coolio), MTV is taking this nostalgia to a whole other level. Hosted by Lance Bass (NSYNC) and pop singer Christina Milian, the show takes away all contestants’ 2017 technology and replaces it with fax machines, boom boxes, Discmans, and dial-up internet. Other 90s “icons” will appear including Saved By The Bell’s Mario Lopez and members of hip-hop group Kid ’n Play. After watching the 30-second trailer, which explains that the contestants will be giving up their iPhones and “will need to talk, dance, and live 90s style,” it’s clear that functioning without social media is going to be one of their biggest obstacles.

Although I’m a fan of the 90s, I’m not sure how exciting this show is going to be. Watching millennials freak out because they can’t use Snap Chat will probably be funny at first but it could also get old very quickly. While I enjoy using Facebook and Instagram, I’m not sure if my world would collapse without them. That being said, the first time I heard about Facebook was my junior year in college which means I lived 21 years without it! Also, at that point, only people with an .edu email address could have Facebook and smart phones weren’t prevalent yet so it didn’t become a resource everyone had at their fingertips until years later. Conversely, the kids on this show have grown up with social media and probably post on their various forms of social media 25 times a day.