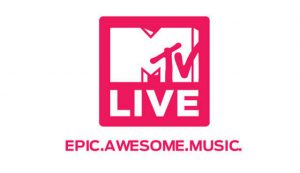 Back in 2014 I wrote about my new favorite channel – Palladia. Why was it my favorite? Because it was a music channel that *gasp* actually played music! After MTV and VH1 sold out years ago and became reality television channels, those of us who wanted to see music videos or concerts were left wishing for the days of the late 80s and 90s when videos mattered and MTV actually meant Music Television. Palladia was the answer! The channel’s tagline was “Epic. Awesome. Music.” and I have to say that was extremely accurate considering their lineup consisted of videos, rock documentaries, live concerts from all over the world, music festivals, and shows that all centered around creating and playing music.

Two years later Palladia has been replaced with – wait for it – MTV Live. Yes, you read that right. Owned by Viacom Music and Entertainment Group, the channel is now broadcasting music videos and music-related programming from Viacom-owned networks MTV, VH1, VH1 Classic, and CMT. A spokesperson for MTV Live was quoted saying that this move was made in an effort to “plug more music back into its programming” and “align all core music properties under the MTV brand.” Is it me or does that translate to: We are going back to our original format since MTV stands for Music Television and people probably want to see and hear music?

Interestingly enough, this is not the first time a shift like this has taken place. MTV launched its original music-based programming channel Music High Definition (MHD) in 2006 and two years later the channel changed its name to Palladia. Clearly nothing stays the same and everything that was old is new again and vice versa.

So far MTV Live, as promised, is playing more music videos and concerts but the content has changed a little bit. Show like Live from Daryl’s House and Later…With Jools Holland are still part of the programming and there are definitely more concerts and music festivals than MTV has shown in years. That being said I do think Palladia showcased a more diverse music taste – for example the former channel would show documentaries, concerts, and videos from a variety of genres – but the fact that I’m not seeing Jersey Shore or Catfish is encouraging.

Welcome back (sort of) MTV – hopefully music continues to be the top priority.