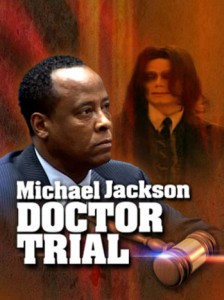 It’s been four years since we lost the King of Pop and yet the sting of Michael Jackson’s sudden departure is still running rampant. Why? Because the Jackson family is suing concert promoter AEG Live for hiring Dr. Conrad Murray. AEG Live is the promoter that planned Jackson’s London O2 Arena comeback concerts that never happened because Jackson unexpectedly died in his sleep on June 25, 2009. Murray is currently serving four years for involuntary manslaughter for giving Jackson what was proved to be a fatal dose of the surgical anesthetic propofol but the Jackson family is taking it a step further. They blame AEG for hiring Murray and they are not afraid (aka have the resources) to take this trial as far as possible.

As far as the trial is concerned the question is this: Who is responsible for bringing Dr. Conrad Murray into Jackson’s life? Was it AEG or was it Jackson himself? The Jackson family says they are in search for “justice” and have decided suing AEG was the way to go. Jackson knew Murray and wanted him, but AEG negotiated with him and prepared the contracts (that were never completed) for $150,000 a month which is just a little bit more than pocket change. AEG says he was Jackson’s responsibility and Jackson’s people say a “responsible’” producer should’ve vetted and supervised Dr. Murray and that AEG didn’t do that.

My questions are the following: What is the Jackson family’s point? Why sue AEG Live? Murray is in jail so what else do they want? Clearly the family has the money to carry on this long, extremely publicized trial and I can’t image what they went through when they lost Michael but it seems a little excessive. Additionally, and this should be no surprise to anyone, the trial is full of weird details that would only happen in a trial having to do with the notorious Michael Jackson. A few examples: The kids had a peculiar nanny that was obsessed with Michael. Shocker. Michael went longer without REM sleep than anyone in the history of the world. He had a ghost and a rodent for a childhood friend. None of this is surprising.

The notion that Michael Jackson was a weird guy is news to no one and the fact that these strange details are coming up in a trial is completely expected. I think I’ll always remember the day we lost Michael Jackson. He was and will always be a music icon and the King of Pop and there will most likely never be anyone else like him. I hope that he’s resting in peace and that at some point his family, especially his kids, will find peace as well.