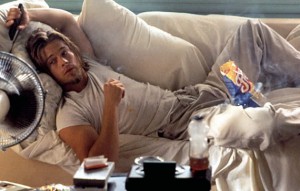 While there is no question that medical marijuana has been a hot button topic over the last few years, in the last few weeks every publication I pick up seems to be featuring a story about weed. The Denver Post ran an article yesterday about how marijuana magazines no longer have to be shoved behind counters with the porno mags, the issue of Rolling Stone I received in the mail today features actors Jonah Hill, James Franco, Seth Rogen and Danny McBride labeled as “The Doobie Brothers” and TIME magazine recently featured a story called “How America Learned to Stop Worrying and Love Marijuana” – just to name a few.

Never in my life did I think people would be able to walk into store and buy weed, grow plants at their house and have a card that allows them to do so. Whether the feds like it or not marijuana is part of our lives now and it doesn’t look like it will be changing anytime soon.

But what I find most interesting about the marijuana movement is that the way we view weed is changing as well. No longer is it a hippie/outlaw drug of choice and any person who used to believe what they saw in the film Reefer Madness has been proven wrong.

Marijuana has become ever-present in movies, on TV shows (there is a show called Weeds for crying out loud), on the radio and in newspapers and magazines. It’s no longer hush-hush or taboo – it’s part of our existence like food, alcohol and anything else you would buy at the store or use at home. It just doesn’t matter anymore and it’s not a big deal.

So the question is will marijuana continue to be its own genre when it comes to movies, music and TV. Will movies like Pineapple Express, Harold & Kumar Go to White Castle and Dazed and Confused still get made? Will characters like Brad Pitt’s Floyd in True Romance or Jeff Bridges’ The Dude in The Big Lebowski still get written? Will Dr. Dre put out another album called The Chronic? Will shows like Weeds continue to be on channels like Showtime and HBO or are we going to find them on basic cable? I can’t wait to find out.