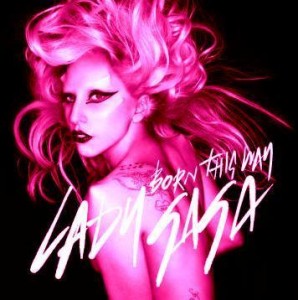 Even though Lady Gaga’s latest single is clearly a rip off of several Madonna songs, it seems that everyone in the world (15 countries to be exact) thinks “Born This Way” is the best thing to come out of music in a long time.  With just this song, Lady Gaga broke records held by the likes of Britney Spears, Beyonce and Aerosmith.

-Released as the album’s lead single on February 11, “Born This Way” debuted at the number-one position on the Billboard Hot 100.

-The song became the 1,000th number-one single in the chart’s history and the nineteenth song to debut at number one.

-The song sold 448,000 digital downloads in three days; the most downloads in a first week by a female artist.  (The record was previously held by Britney Spears’ “Hold It Against Me”).

-It simultaneously became the first number-one debuting song on the Hot 100 Digital Songs chart to show an increase in downloads in its second week since 2008’s ubiquitous Beyonce single, “Single Ladies (Put a Ring on It).”

-Subsequently the song has held the number one spot for five weeks making it the only song to debut at number one and stay there for a month since Aerosmith’s “I Don’t Want to Miss a Thing” in 1998.

-“Born This Way” went on to break the record for fastest-selling song in iTunes history, selling one million copies worldwide in five days.

-The song has sold over 1.650 million paid digital downloads in the United States to date.

While I can see Lady Gaga’s appeal to any human who has ever liked Madonna, colorful couture, crazy accessories and dance music, I’m shocked by how she continues to turn out hit after hit.  With popular songs like “Just Dance,” “Poker Face,” “Speechless,” “Paparazzi,” “Bad Romance,” “LoveGame” and “Telephone” to her name it’s amazing that she has only been in the game since 2008.   There are artists who spend years trying to achieve this kind of fame and success in the totality of their careers and this woman has done it in only three years.  Although “Born This Way” has proved once again that Lady Gaga is a pop star there is one question that remains:  How long will she be able to keep this streak going?  Only time will tell.