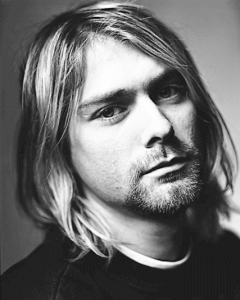 Handling a musician’s estate after they’ve passed away is a topic that has been visited more times than a 60-year-old rock fan as heard Janis Joplin’s “Piece of My of Heart.” But that doesn’t mean it’s not important. Finding unreleased tracks or lost recordings has practically become its own category in the music business, especially when artists die at a young age (i.e. the tragic members of Club 27 that is comprised of Joplin, Jimi Hendrix, Jim Morrison, Brian Jones, Amy Winehouse, and Kurt Cobain) or their death comes out of nowhere. Almost two months after his death, articles are still being written about the fate of Prince’s estate and it could be years before legal teams decide what will happen to his unreleased music. Although I could never comprehend the entangled mess that I’m sure is Prince’s affairs if he didn’t have a will, it would be such a shame for all of that music to be kept in a vault.

Exemplifying how positive outcomes result from estates being in the right hands, after Courtney Love officially signed over Cobain’s estate to daughter Frances Bean Cobain in 2010, exciting things started to happen:

A little bit of background on Jampol: According to the JAM Inc. website, the company respectfully handles the work of significant legacy artists because “great performers’ works and images are priceless in the eyes of their fans, and every care must be taken to keep that connection intact.” The website also points out that because “the work of such artists is too important to be kept under lock and key…it must be presented to new, young audiences, in the forms and venues those audiences use.” So basically they preserve recordings, images, writings, and other creations by releasing them in modern ways to keep the deceased musicians on the cultural radar.

As a music fan I definitely appreciate thoughtful exhibits and the release of lost recordings but I wonder where the line is for a company like Jampol that is making money off dead artists and their families. I mean Jampol’s impressive “client” list already includes the Doors, Joplin, the Ramones, Muddy Waters, and Otis Redding, among others, and now Cobain is the newest member of his roster. Is he preserving legacies or exploiting them? Clearly there is something to be said about Jampol bringing the artists’ music to TV shows and films, producing documentaries, and creating multimedia platforms in an effort to reach young viewers rather than just reissuing old records. Also, the website does mention that the company has “zealously protected those clients’ copyrights” and that the Jampol team has “engaged in these ventures and strategies to expand artists’ legacies and brands without diluting them.”

Although I think that the work of iconic artists needs to be remembered and shown to future generations, I’m not sure that Jampol’s over-the-top methods are the way to go. I would love to see the Cobain exhibit if it comes through Colorado but I don’t think that would be the first avenue I would take if I was introducing Nirvana’s music to a young kid. Instead I would simply play their songs on either iTunes or vinyl and then show them old music videos on YouTube. Maybe that’s too small and old school and Jampol is doing the right thing by bringing great music to the masses or maybe it’s all for the money. Either way, we’re getting more work than ever from artists who have been long gone for a long time.