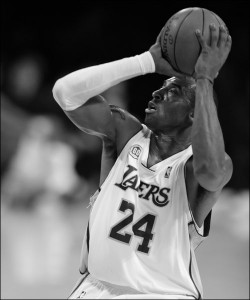 Since 1996, Kobe Bryant has been making headlines in the sports world. Whether it was the endless discussion about the fact that he skipped college to enter the NBA, his 2003 sexual assault arrest in Eagle, Colorado filed by a 19-year-old hotel employee, or his jersey number change from 8 to 24 at the start of the 2006-2007 season, eyes have always been glued to Bryant. To be fair, it hasn’t always been all about the drama – Bryant is one of the most decorated players in the history of professional basketball which is why his retirement, at the age of 37, is a huge deal.

Here are the top ten reasons why Bryant’s retirement signifies the end of an extremely impressive era:

-He was the fifth player in NBA history to be drafted straight out of high school where he was recognized as the top high school basketball player in the country.

-Bryant has played for one team, the Los Angeles Lakers, since the beginning of his career.

-The current 2015-2016 season marks his 20th in the NBA which sets a record for the most seasons with one team.

-In 2006, Bryant scored a career-high 81 points against the Toronto Raptors, the second most points scored in a single game in league history. (Wilt “The Stilt” Chamberlain still holds the number one spot with his legendary 100-point game in 1962).

-He is the all-time leading scorer in Lakers franchise history.

-At the 2008 and 2012 Summer Olympics, he won gold medals as a member of the United States national team.