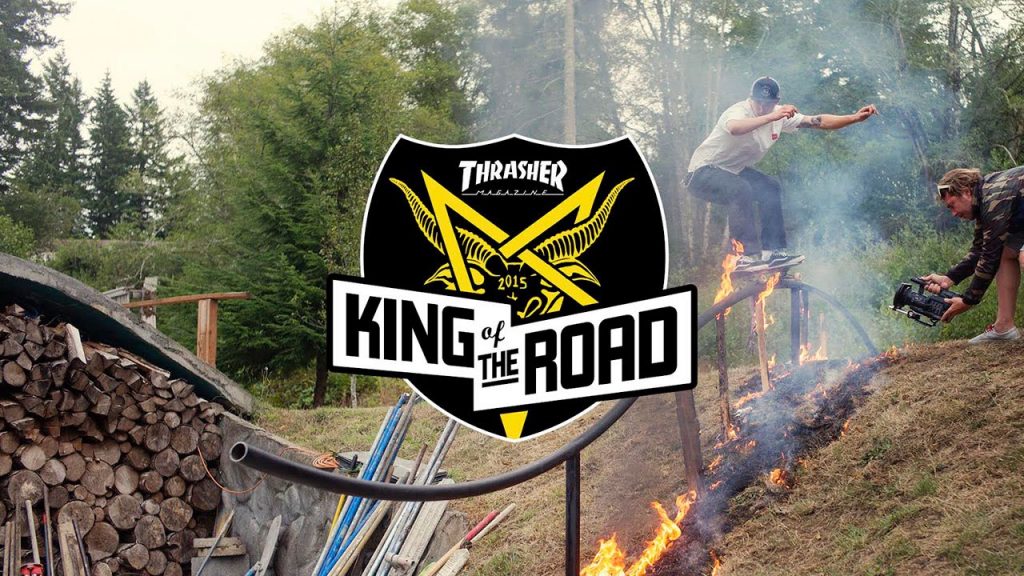 Have you ever watched the Viceland channel? Just a year a half old, the channel, spearheaded by film director Spike Jonze, focuses on “alternative lifestyle” topics like weed, skateboarding, LGBT cultures among different regions, and cuisine found around the world. Most of the hosts are unconventional people talking about unconventional subject matter – almost like how MTV VJs used to be before Carson Daly turned the channel’s flavor into vanilla.

Officially described as “lifestyle-oriented documentaries and reality series aimed towards millennials,” these shows are meant to cause a commotion which is why the channel cleverly uses voicemail recordings as their commercials. Both positive and negative, the “spots” are hilarious and demonstrate Viceland’s laid-back nature. They have no problem airing voicemails of people talking shit about their shows – it’s brilliant marketing.

There is no question that the most popular show on Viceland is King of the Road, a series that follows professional skateboarders around America as they fulfill Thrasher Magazine’s nutjob book of challenges. Having this show on Viceland definitely makes sense because no matter how popular skateboarding becomes, and regardless of the fact that in August 2016 it became an official Olympic sport, it will always be perceived by the general public as a misfit sport.

Bestowed upon one team each year, the King of the Road title is something skateboarders value because they put themselves through hell to earn it. Created in 2003, King of the Road has become one of the leading US skateboarding contests because it’s unlike any other contest out there. Put it this way – I don’t skateboard and I like watching it! Here’s how it works: A group of pro skater teams are each given a book that contains a series of challenges that range from disgusting (people drinking their own pee) to funny (jump on a trampoline while participating in a paintball battle) to incredibly physical (I clearly don’t know the names of tricks but some of them entail jumping over fences and landing on two different skateboard decks at the same time). The athleticism displayed by these guys is unbelievable – and the hits they take are insane. But they get up and do it again because every time they cross something off the list of challenges they earn points (which are added up over a two-week timeframe) getting them that much closer to winning the coveted King of the Road title.

So if I don’t skateboard why do I care? Well, unlike a lot of these types of shows, the hosts are organized, funny, and don’t take any bullshit or excuses. Also, each skateboarder is introduced in a way that kind of incorporates the Behind the Music style of background information. I like being given context regarding where the guys are from, why they are on the show, what tricks they are known for, and why they are exciting to watch. I also admire them for spending that much time crammed in a van, being told they can only eat and drink certain items, and completing challenges that are invented by retired pro skaters who (sometimes) still live with their parents!

Some of my favorite guys to watch are: Aaron Homoki aka Jaws (from Team Birdhouse), Billy Marks (from Team Toy Machine), and Neen Williams and Jamie Foy (both from Team Deathwish). There’s also Enzo Cautela from Team Enjoi who skates in prescription sunglasses (which I find hysterical) and the occasional cameo by skateboarding legend Tony Hawk whose mere presence reminds everyone why he’s their idol. Occasionally team members are asked to recreate legendary tricks made famous by old pros – some of which earned the skater a magazine cover – and that usually means the most to these guys. It’s amazing how much history matters.

Even if you’re not a big skateboarding fan, give the show a try. I promise it’s more X-Games and less Jackass even if there are some disgusting challenges mixed in. Watch how many times these guys are willing to hit pavement to nail their tricks – their drive is beyond commendable and their strength and flexibility are astonishing.