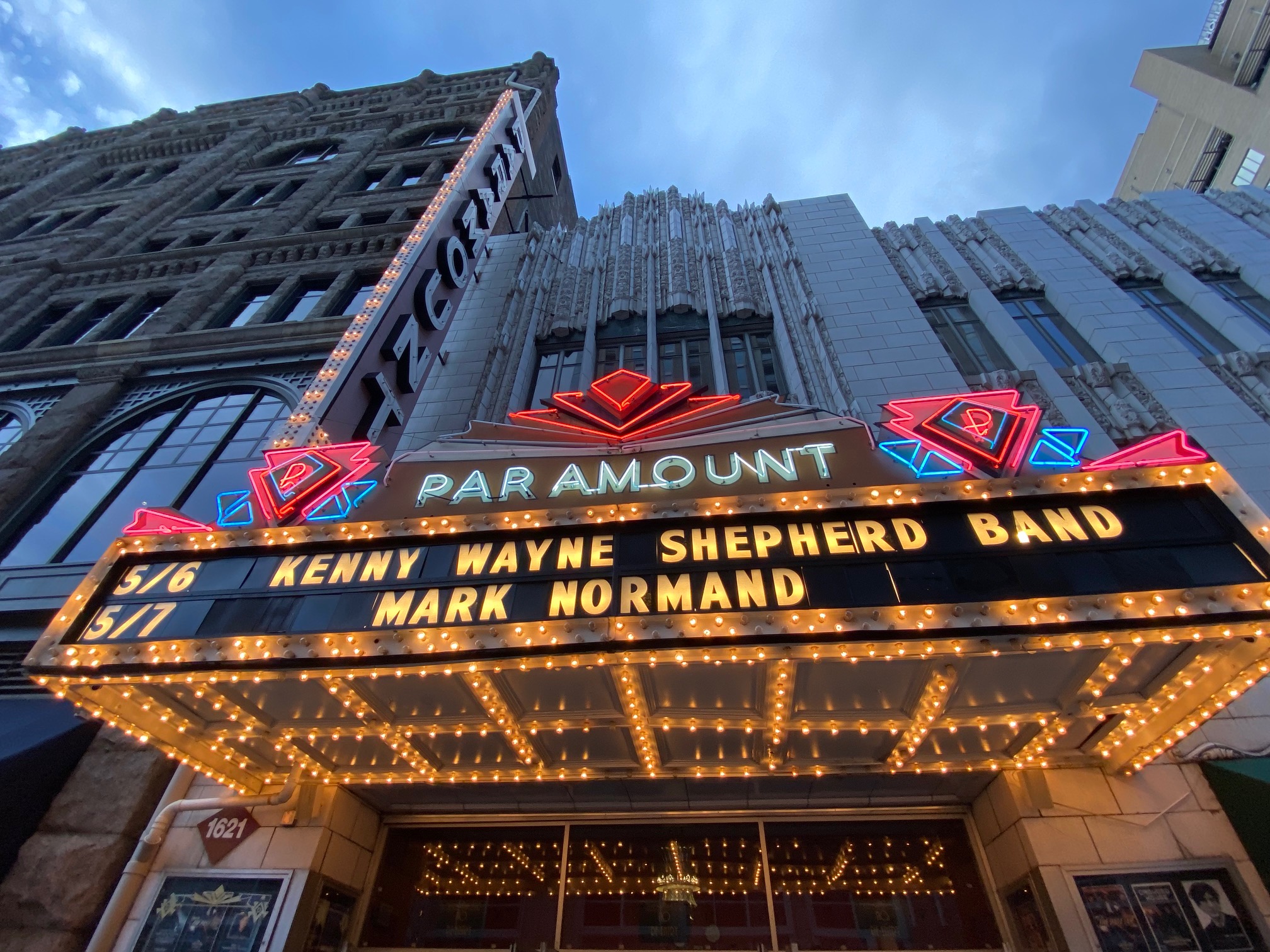 For the first time in two years, I saw a live ticked show! Don’t get me wrong, local live music is amazing (and one of my favorite aspects of summer in Eagle County) but seeing one of the best blues guitar players of my generation in a small venue was next level and well overdue.

The first time I heard a Kenny Wayne Shepherd song was in college. The song was “Blue on Black” – Shepherd’s signature song and a number one hit on 1997’s Trouble Is… – and it still holds up today. Even though Shepherd sings well, Trouble Is… was the first of several albums to feature Noah Hunt on vocals. Along with “Blue on Black,” the album spawned three additional hits including “Slow Ride,” “Somehow, Somewhere, Someway,” (one of my favorites) and his version of Bob Dylan’s “Everything Is Broken.” Certified Gold by the RIAA in 1998 and Platinum in 1999, Trouble Is… definitely qualifies as a landmark album which is why the show I saw on Friday night (and the tour in general) is a celebration of its 25th anniversary.

Starting on time (always appreciated) with searing guitar, the band played every track on Trouble Is… and then some. Shepherd was well-spoken and seemed very happy to be playing live music in Denver. There’s something to be said about seeing a guitar prodigy shred through songs he’s been playing for two and a half decades with, most likely, the same fervor and energy he had when the songs were new. On another note, while I expected to witness guitar magic, I wasn’t expecting another person (Hunt) to be singing a majority of the songs. His voice sounds a lot like Shepherd’s, who sang more during the second half of the show, and both sounded great. But I am still not sure why Shepherd prefers to have another vocalist – maybe so he can focus on the guitar?

In addition to the exciting performance, I kept looking around at the interior of the venue because the Paramount Theatre is very cool. An old opera house situated in LoDo, there really isn’t a bad seat in the house. Also, the crowd loved Shepherd – in fact, everyone there was clearly a fan and very laid back. No one was yelling at anyone to sit down or to stop taking photos or shoot video. What a nice change from other venues I’ve been to over the last few years that seem to attract annoying hall monitors. 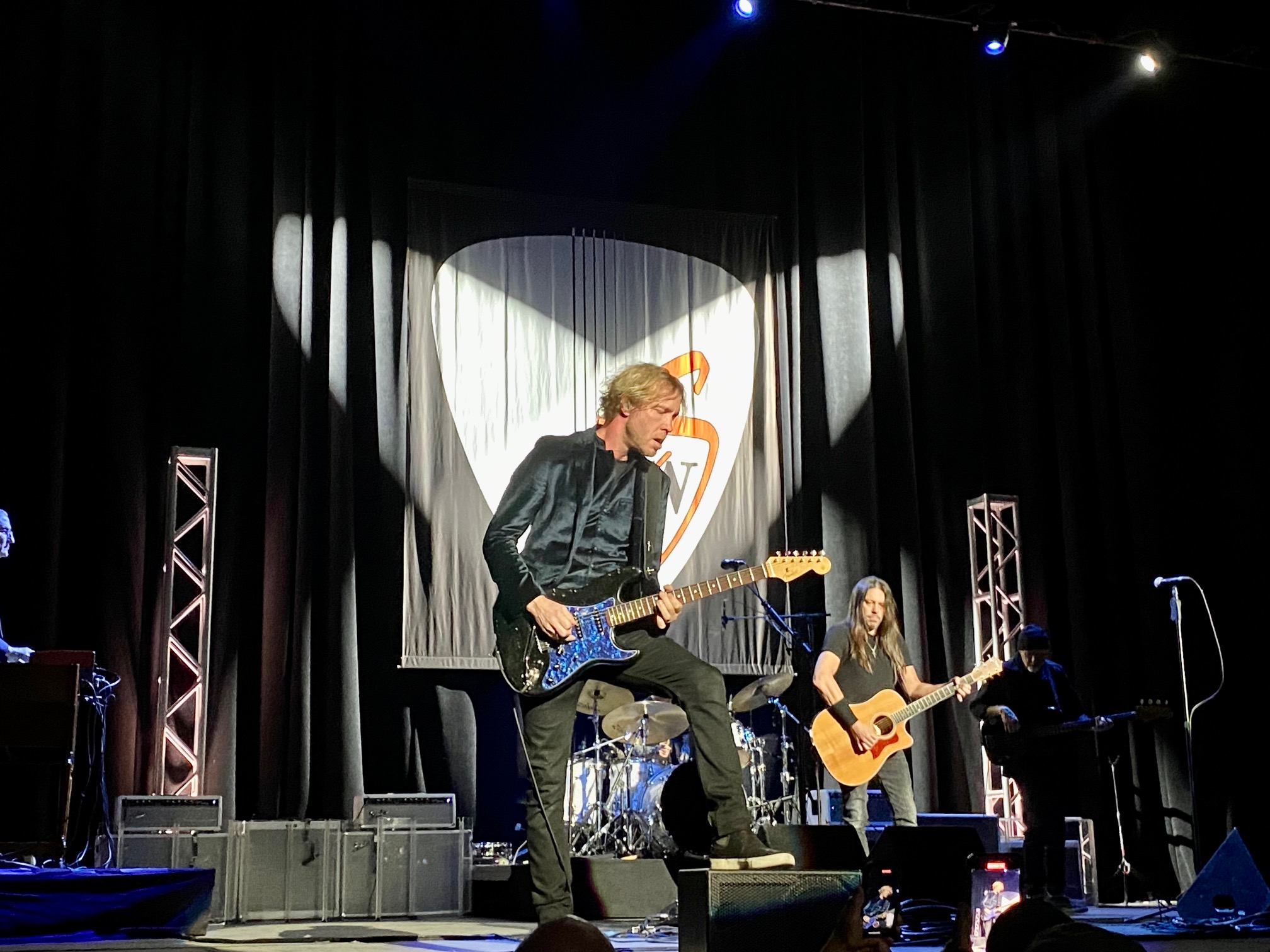 But back to the music. Shepherd is self-taught and doesn’t read music which blows my mind. When musicians can a) teach themselves to play instruments at such a high level and b) play without reading a single note I am mesmerized. Clearly influenced by one of my favorites, Stevie Ray Vaughan, Shepherd played guitar live for the first time at thirteen years old when blues musician Bryan Lee invited him onstage. To this day, Shepherd holds the record for the longest-running album on the Billboard Blues Charts with Trouble Is…. Additionally, he has been nominated for five Grammy Awards and has received two Billboard Music Awards, two Blues Music Awards, and two Orville H. Gibson Awards.

Although getting to Denver for live music can be a trek, I’m looking forward to the next time I have the opportunity to see a big artist in a small venue. Especially someone with so much passion for their craft and who played at least ten guitars in two hours.