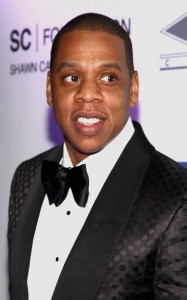 After helping the Nets relocate from New Jersey to his hometown of Brooklyn, Shawn Carter aka Jay-Z announced that he will drop his stake in the franchise so that he can pursue a future representing NBA players as an agent. So Jay-Z is going to become Jerry Maguire? Really?

Apparently Carter’s Roc Nation Sports business will partner with Creative Artists Agency (CAA) on the new venture, which can’t be undertaken as long as he is affiliated with an NBA franchise in an ownership role. The process is expected to be completed in time for Roc Nation to compete for players entering the June NBA draft, but eligibility for this year’s draft depends on how quickly the deal gets done.

Much like the arrangement with CAA’s baseball side, Jay-Z will let the firm’s basketball agents handle contract negotiations and day-to-day business with athletes. While Jay-Z owns less than one percent of the Nets, he has made it clear since the acquisition in 2003 that he is very proud of that stake. He has even gone so far as to rap about owning the Nets:

While Jay-Z probably makes his stake in the Nets the most visible, he is not the only celebrity who possesses partial ownership in sports teams:

So how will Jay-Z perform in his new Jerry Maguire-type role? My guess is that, like with most of his professional endeavors, he will succeed. In addition to the fact that Jay-Z’s name and brand is synonymous with success, he also has relationships with high-profile NBA stars such as LeBron James. People love Jay-Z. End of story. They love his music, his lyrics, his beautiful wife Beyonce who is arguably as famous as he is and their cute little daughter Blue Ivy. They love that he isn’t afraid to wear designer sunglasses inside, take trips to Cuba, drink cognac at the Grammys, make music videos with Justin Timberlake while always looking dapper in a suit or tux rather than gangster chains.

He is the quintessential celebrity in that he earned his street cred but has also been wise enough to grow up. Good luck with your new endeavor Jay-Z! I have no doubt that they will show you the money.