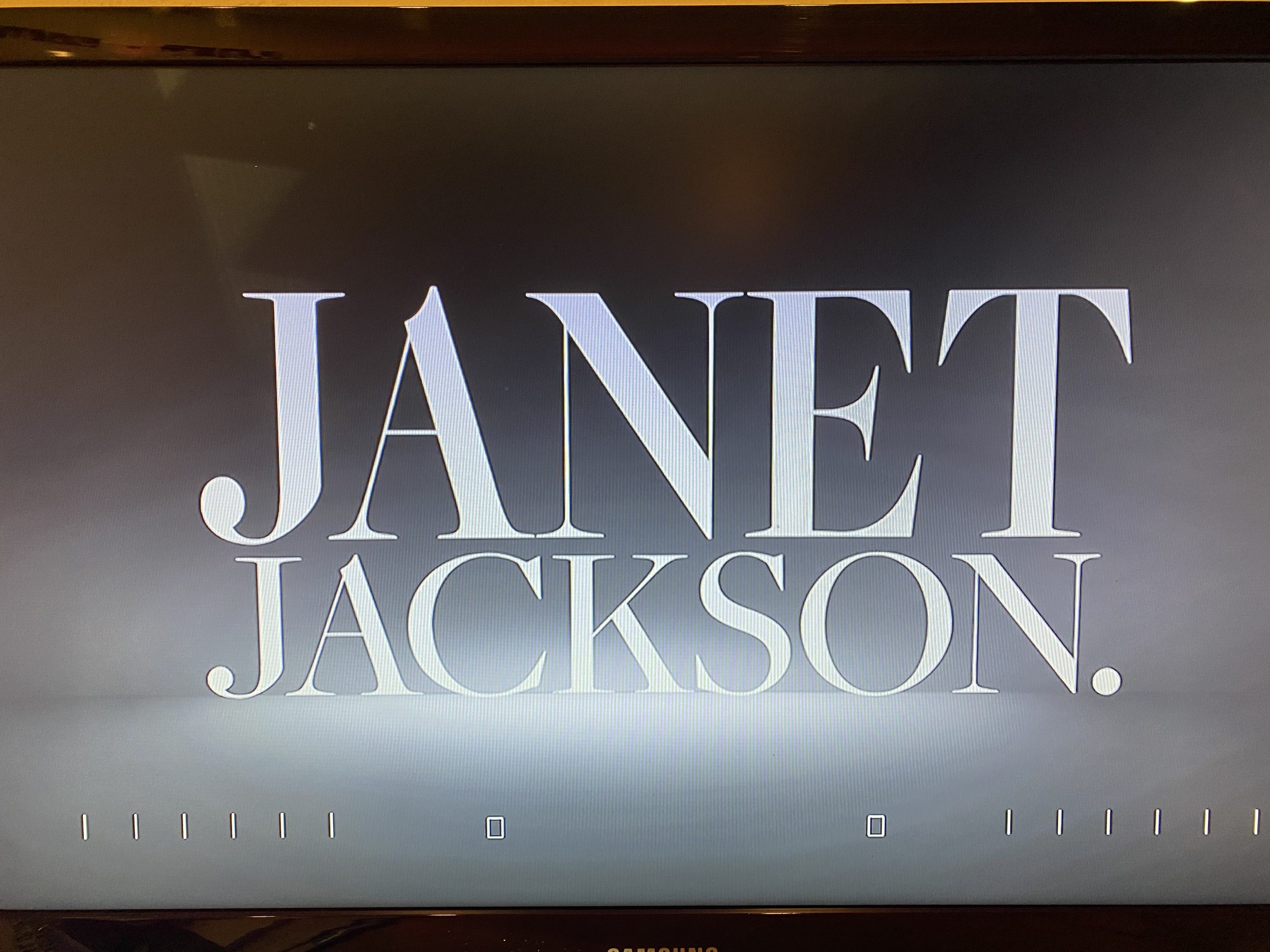 Simply titled with a deliberate period at the end, Janet Jackson. is a new documentary that dropped on January 28 on A&E and Lifetime. I’ve never been a huge Janet fan, but I have followed her career because, how could I not? She’s the youngest (as the film mentions many times) of one of the most notorious families in the music business and sister to arguably the most well-known male pop star of all time. She’s been in the spotlight since the mid-1970s when she performed in variety shows with her brothers and acted in television shows and movies like Good Times, Diff’rent Strokes, Poetic Justice, and Fame.

Fans of her music snapped up her most popular records – Control (1986), Rhythm Nation 1814 (1989), Janet (1993), and The Velvet Rope (1997), All For You (2011) – and she quickly became one of the highest-paid artists in the industry when she signed with Virgin Records in 1991. Later she signed with A&M and Island and partnered with BMG to launch her own label, Rhythm Nation. Janet also worked with record producers Jimmy Jam and Terry Lewis who helped incorporate a variety of music elements leading to crossover success in R&B, rap, pop, and even disco. She has sold over 100 million records and is one the best-selling artists in the world but, unfortunately, a lot of the interest in Janet has been a result of her controversial life. For example, everyone knows about her infamous Rolling Stone cover turned poster, and, of course, her 2004 Super Bowl halftime show scandal which wreaked havoc on her career.

While it’s no secret that the Jackson family was splashed all over the tabloids for years, and the media seemed to always be on top of their every move – especially when it came to Michael and Janet – here are a few things I learned:

What sets this documentary apart from other unauthorized biographies is, of course, that the subject is actually in it. Watching Janet thoughtfully talk about her ups and downs is fascinating, exemplifies her bravery, and is a window into the trauma she endured. She is shockingly calm as she relives all the messiness she has endured throughout her life. Her past relationships didn’t end well, and I can’t imagine what it was like for her to relive all that, along with her family history, Michael’s death, etc. Another major component that elevates the documentary is the cast of characters who talk about Janet including her mother Katherine, brother Tito, brother Randy, sister Rebbie, Tyler Perry, Jermaine Dupri, Mariah Carey, Jimmy Jam, and the list goes on and on. These people showing up to be interviewed demonstrates that this is the real (well, as real as it can get in terms of public consumption) story of Janet.

I remember reading about the Jackson family in the 1990s as the media speculated about how the patriarch of the family, Joe Jackson, abused his children and forced them all into show business for his personal financial gain. Interestingly, Janet paints a much kinder picture of her father who she says pushed her and her brothers into being disciplined musicians which included making them rehearse instead of playing with their friends. But, at the same time, she points out that her father was right about their talent and she’s “grateful” and “thankful” for that. Although I’m sure Janet is tired of the negative, why glaze over what really went down with Joe? He died in 2018 – that ship has sailed.

Speaking of negative, I can picture exactly where I was during the 2004 Super Bowl  – watching at a friend’s house in Boulder who had TiVo. At the time, TiVo was innovative technology so it was a big deal that we got to rewind and re-watch because we couldn’t believe what was happening on television. Janet’s career took an enormous hit and somehow Justin Timberlake got away unscathed. The documentary points out that Timberlake was invited to perform at the Grammys a few weeks later while Janet was asked not to attend. A reminder that a lot questionable decisions were made prior to MeToo.

Regardless of the scandals and bad press, no one can deny Janet’s accomplishments: She holds the record for the most consecutive top-ten entries on the US Billboard Hot 100 singles chart with 18 and is the only artist to have seven singles from one album which was Rhythm Nation 1814. Janet is also one of the most decorated artists of all time with five Grammy Awards, eleven Billboard Music Awards, eleven American Music Awards, a star on the Hollywood Walk of Fame, and eight Guinness World Records entries. In 2019, after much backlash from fans and social media, Janet was inducted into the Rock and Roll Hall of Fame by actress/singer Janelle Monáe, who, in her interview for this documentary, says that she wants the honor of inducting Janet to remain on her Wikipedia page forever.

I don’t blame Monáe for wanting that recognition – Janet is a pop music icon and, based on the concert footage shown throughout the documentary, an unforgettable entertainer. I never saw her live but her music video choreography is incredible. As the documentary says, Janet paved the way for stars like TLC, Aaliyah, and Beyoncé. But my favorite is definitely the “Scream” video because she and Michael are so raw and the black and white production enhances that rawness. Additionally, the decades-old footage of Janet and her brothers performing in the most colorful 1970s costumes every created is a highlight because it marks an era that will never be duplicated. The documentary ends with Janet’s big smile as she talks about her son. It is a look of love, satisfaction, and peace that, as a viewer, is nice to see after 50 years of triumphs and turmoil.