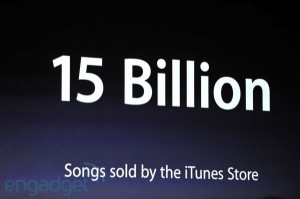 Remember back before 2000 when people bought their music at places like Tower Records, Virgin, Spec’s Music, Sam Goody, Hastings, etc.? Remember when those people had to physically go somewhere to hear albums and buy the whole disc with the liner notes and jewel cases? Yeah that all ended on January 9, 2001 aka the day iTunes was initially released aka the day the record store died.

Now before people start rolling their eyes I want to say two things: 1) I’ve had an iTunes account since high school and definitely buy a lot of music on iTunes. 2) I grew up in the record store business. It was a family business that is a very important part of my history and I’m very proud to have grown up that way. If it wasn’t for my family music business I would not be who I am today.

So I guess I walk the line between old school and new school. I appreciate the fact that we literally have millions of songs at our keyboard fingertips but also wish that people still bought records and that the music industry could be like it was. But as we all know time moves on and technology is bound to move us forward. It just would have been nice if the music industry didn’t have to become collateral damage in the process.

Anyway, while most new musicians want their songs on iTunes for the exposure and easy access, some of the industry’s most important vets have resisted putting their catalogs on iTunes for a long time. Although the Beatles, Led Zeppelin and Bob Seger caved in recent years, AC/DC, Tool and Garth Brooks remain absent.

A longtime holdout was Kid Rock but today he announced that he will release his new LP Rebel Soul through the dominant online retailer. Slated for release on November 19, the album is available by pre-order on iTunes and its first single “Let’s Ride” is already for sale.

In the past Rock has been very vocal about his negative opinions towards online music purchasing and has argued that albums should be sold as a unit as opposed to a collection of individual tracks. He has also proved again and again that if your music is good enough you don’t need iTunes to have a number one song. For example in the summer of 2008 his ubiquitous smash hit “All Summer Long” dominated the Billboard charts and was playing on seemingly every radio station across the nation without the help of iTunes.

So I guess November 19 will be a very interesting day for the artist formerly known as the iTunes hater. Will he be shocked by the number of people who buy his songs online or will he be unimpressed with the numbers? Will there come a point where every piece of music ever created will be available on iTunes or will there forever be holdouts? iTunes’s 12th birthday is coming up right after the new year – what will happen when the online retailer turns 20?

In June 2011, iTunes passed the 15 billion songs sold mark. So in case you were wondering, this online record store isn’t going anywhere.