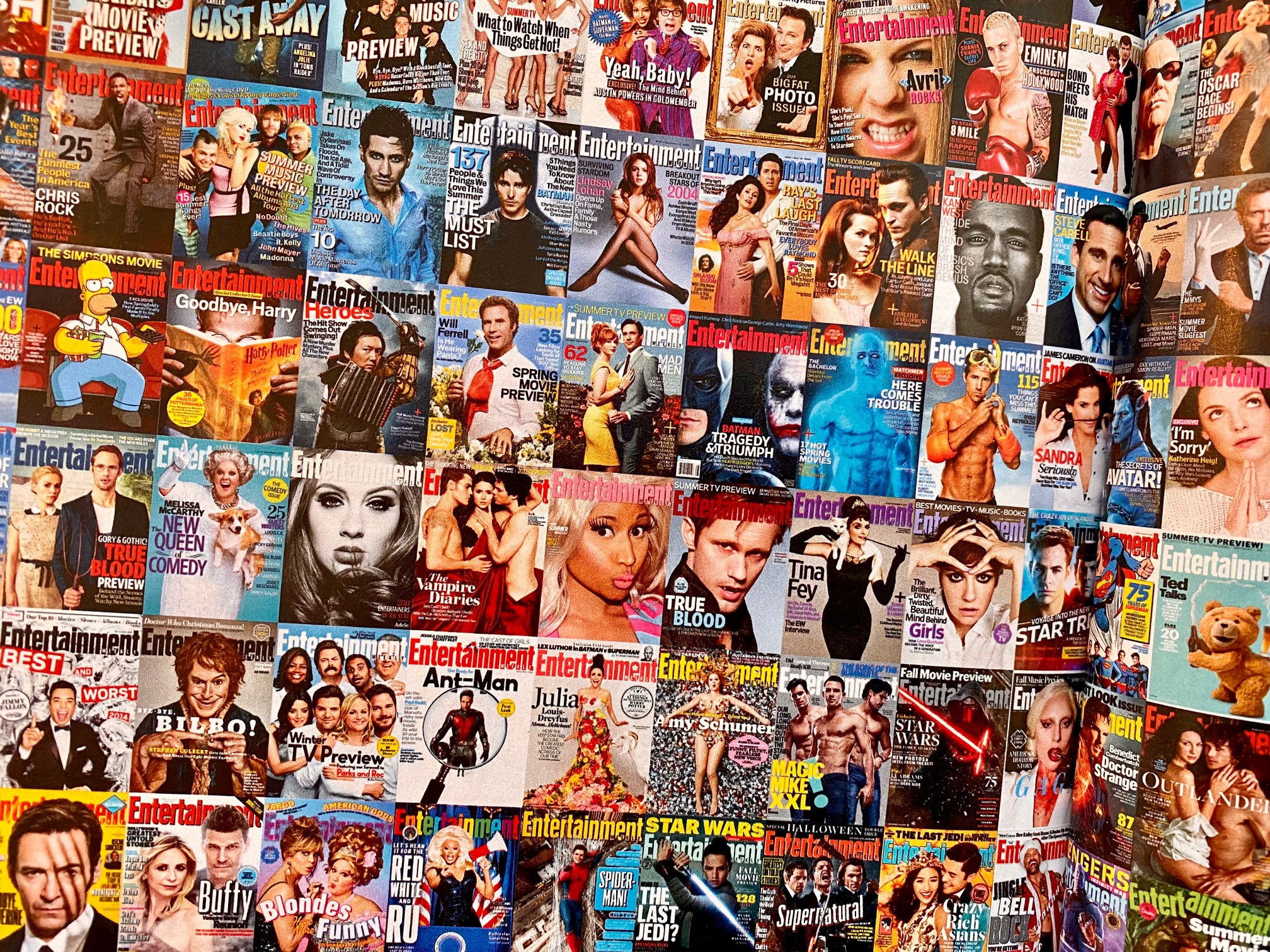 When I was in college getting my degree in English, and writing for two newspapers and a band booking agency, everyone told me that I was wasting my time because print was never going to last. I told them thanks but no thanks for their unsolicited advice and have been working for print publications ever since.

That being said, over the years I have seen plenty of publications fold or go to online only but print is still viable in a variety of capacities — especially when it comes to local newspapers and magazines. But nationwide and worldwide publications are a different story. Being an avid music fan, I started subscribing to Rolling Stone, Spin, and Entertainment Weekly in the late 90s. In 2018 Rolling Stone shifted from bi-monthly to monthly, Spin stopped printing in 2012, and Entertainment Weekly switched to monthly in 2019. Then, last week, out of nowhere, I was notified that the EW issue I had in my hands would be my last.

In addition to EW, fashion magazine InStyle and health magazine Shape, along with a few publications I never read or subscribed to, are now digital-only as Dotdash Meredith (operated by media tycoon Barry Diller) “tries embracing the inevitable digital future.” In a quote printed in the New York Times, Neil Vogel, an executive of Dotdash Meredith, states that “buying Meredith was about buying brands, not magazines or websites. It is not news to anyone that there has been a pronounced shift in readership and advertising from print to digital, and as a result…print is no longer serving the brand’s core purpose.”

Here is another gem from Mr. Vogel: “Today’s step is not a cost savings exercise and it is not about capturing synergies or any other acquisition jargon, it is about embracing the inevitable digital future for the affected brands. Naysayers will interpret this as another nail in print’s coffin. They couldn’t be more wrong — print remains core to Dotdash Meredith.”

We will see about that.

I get it – it’s 2022 – but losing the choice to read a printed copy of magazines I enjoy makes me sad. As I’ve said many times before, I love my iPhone, Sirius Radio, iTunes, etc. but I also still listen to CDs and records. I don’t own a Kindle and I’m not into e-books or audio books. I wrote an actual physical book that people hold in their hands to read because that’s what I like to do. I’m an analog girl living in a digital world. 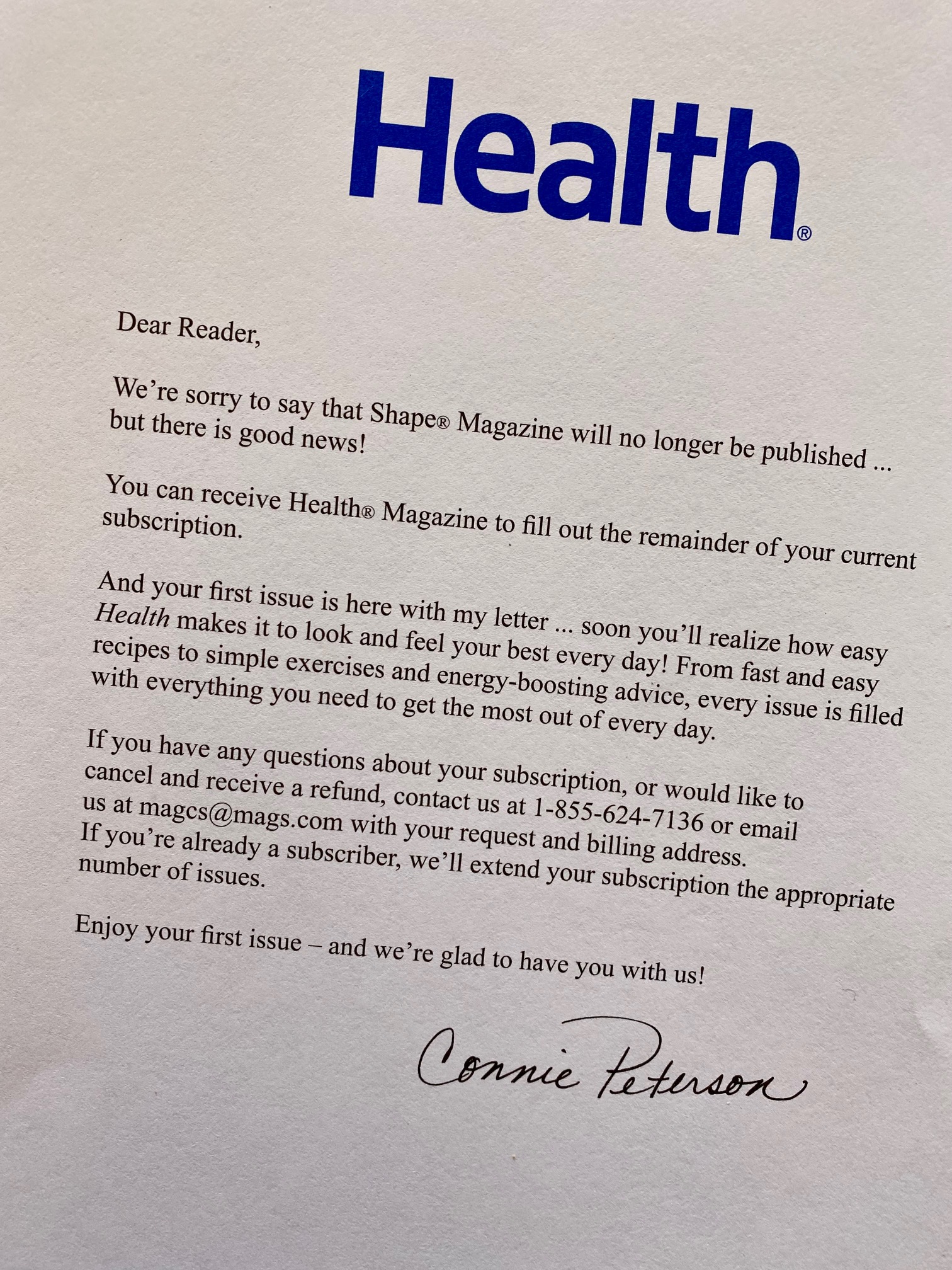 Although it’s hard to remember a time when everything and everyone could be found on Google or social media, in the late 90s and early 2000s these magazines kept me up to date on all things music and that was important. It still is. I loved reading reviews and hearing about when albums were going to drop and what movies I should see in theaters. In fact, as an aspiring writer, I preferred to listen to the CD/see the movie/watch the TV show first and then read the review to see if I agreed. I still do that. But now my choices are dwindling and that sucks. Those magazines were pop culture touchstones for me and now they are relics.

This August will mark 20 years since I moved from Miami to Colorado and changed all my subscriptions (by postcard!) to a Boulder address. Then it was Denver and then Edwards. I’m glad there are still magazines, newspapers (including the one I worked for right out of college!), and books in print and I hope they all continue as long as they can. Vinyl made a huge comeback in the last few years – maybe print will as well.