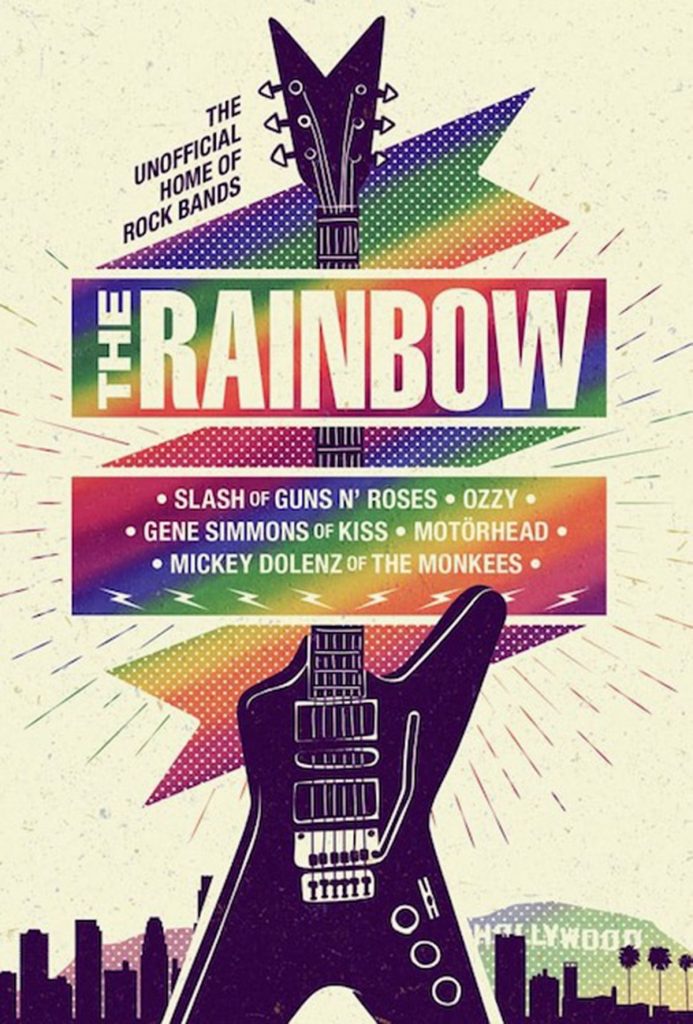 You know a documentary is going to be interesting when it starts with a statue of Lemmy Kilmister being erected and unveiled as a major event. That’s exactly how The Rainbow, which debuted on Amazon Prime in October but just became free for subscribers, begins.

As a fan of rock metal bands like Black Sabbath, Guns N Roses, Van Halen, Motorhead, and Motley Crue, I’ve read countless articles and book chapters about how wild the Sunset Strip was in the 1970s and 1980s. And two of the most notorious establishments on the Strip, the Whisky a Go Go (a music venue) and The Rainbow Bar and Grill (a restaurant that features so much music memorabilia that rock lore says Planet Hollywood franchisers modeled their concept after it), are always highlighted. There are so many stories about Lemmy practically living at The Rainbow and how he could always be found sitting at the bar drinking Jack Daniels and playing video poker. What I didn’t know was that both The Rainbow and the Whisky are, and have always been, family-owned and operated.

Founded by Mario Maglieri, both establishments have a rock and roll history that runs deep. Mario began running the Whisky in 1966. Then, in 1972, along with Elmer Valentine and Lou Adler, he purchased the Villa Nova restaurant and renamed it The Rainbow as a tribute to Judy Garland, whose husband previously owned it. In his heyday, Mario was known as the “King of the Sunset Strip” and his interviews throughout the documentary are solid gold. Although he passed away in 2017 at the age of 93, it is clear that he was a firecracker his entire life. Mario’s son Mikeal Maglieri comes off as extremely competent and grateful for the family legacy, while grandson Mike Maglieri Jr.’s overall arrogant demeanor made me roll my eyes many times during the one hour and eleven minute film.

Through interviews with Lemmy (who died in 2015), Slash, Lita Ford, Gene Simmons, Ozzy, Ron Jeremy, Matt Sorum, Mickey Dolenz, and Gene Simmons, the audience gains a clear understanding of the impact Mario had on their success and the vital role the Whisky and The Rainbow played in a long list of big names getting discovered. They all have so much respect for Mario and what he did for rock and roll which makes sense as the inventory of bands that came out of both establishments reads like the ultimate rock and roll rap sheet.

And those lists go on and on. I love how everyone interviewed talks about the food at The Rainbow and how the chef has been there for 42 years. It’s also fun hearing what everyone says about the Maglieri family – so many of the stories are similar regarding the kindness and generosity of Mario. That being said, Ron Jeremy came off as extremely random and Simmons’ incessant complaining about how music has changed for the worse gets really old. He’s not wrong but he sounds whiny and antiquated. Both Lemmy and Ozzy need subtitles which is hilarious.

Sorum mentions that Sunset Strip bands represented a cultural shift which is interesting because one street and a few establishments made such an enormous impact on what the world heard in terms of rock and roll.  There is no question that some of the best rock records of all time were created during this era and the documentary definitely drives home the point that most of those records were made as a result of performances, introductions, and hangout sessions at the Whisky and The Rainbow. Although the grandson comes off as extremely self-important, I, of course, love that the Maglieri family represents three generations of people who devoted, and continue to devote, their lives to rock and roll.