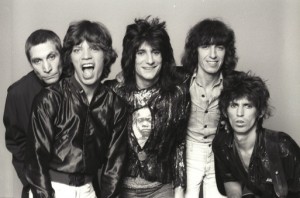 No matter what or who you’re celebrating, 50 years is an incredible milestone. If you’re a band and you’re celebrating a half century, it’s a big fucking deal. Arguably one of the most popular rock and roll bands in history, the Rolling Stones are commemorating their extraordinary career with a new retrospective documentary called Crossfire Hurricane.

Named after a lyric from the Stones’ 1968 hit single, “Jumpin’ Jack Flash,” the film debuts on October 18 at the London Film Festival and will be broadcast by satellite to over 250 cinemas across Europe. HBO will air Crossfire Hurricane on November 15 and it will be released in movie theatres worldwide that same month.

Stones fans and aficionados should be excited for this film as it takes a look back at their career and tracks their rise from their teenage origins to stadium-sized glory to becoming one of the biggest bands in the world. This preview trailer features new and old footage, including early television clips, massive arena shows and revealing candid shots of the band.

Whether you’re a Stones fan or not, five decades is an undeniable milestone and I’m glad that the band is celebrating. Looking forward to watching the whole film and here’s to the next 50 years!