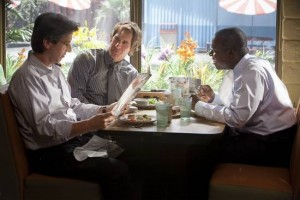 On July 5 I wrote about how great the shows on TNT are right now and then today I find out that regardless of an Emmy nomination for one of its main actors the network cancelled the phenomenal Men of a Certain Age. I can’t believe it!

Centered around three best friends who are very different but are all figuring out how to deal with the ups and downs of their respective lives, the show’s writing, acting and storylines are great and I really thought it was going to be on for a while.  Unfortunately, TNT announced their decision to terminate the show leaving all kinds of loose ends and unfinished storylines.

“While the show has featured great storytelling and impeccable performances, the audience simply hasn’t built to the point where we can continue the series,” a spokesperson for TNT stated on Friday, July 15. The show only averaged a 0.4 rating in 18-49 demographic for its latter half of second season.

This disappointing news reminded me of a few other shows that were cancelled way before their time, leaving viewers hanging:

Equally angsty and real, this show was the epitome of what is was like to be in high school in the 90s.  What sets MSCL apart from other high school shows is that instead of featuring the jock, the cheerleader, the nerd and the musician, the show depicted introspective and intelligent kids who were just trying to deal with being a teenager.  Don’t get me wrong – these kids had some serious shit to deal with like drug and alcohol abuse, abandonment and homophobia.  There were also the issues of having a boyfriend or girlfriend, being gay or straight, endless insecurities and trying to get into clubs like Let’s Bolt.   Either way, MSCL was brilliant and for a show that only lasted one season it sure made one hell of an impact.

Looking back these shows should have been the coming out party for the Seth Rogens, Jason Segels and James Francos of the world.  Instead, the now-big deal Judd Apatow’s writing couldn’t keep these kids on the air.  Although they would soon become “cult classics” these shows were one-season wonders but lucky for Rogen, Segel and Franco, Apatow found his calling as a movie writer and the rest is history.  (I.e. 40-Year-Old Virgin, Knocked Up and Pineapple Express.

Another recent disappointment was the FX boxing series Lights Out which starred Holt McCallany as aging former heavyweight boxing champion Patrick “Lights” Leary.  The captivating show centered around Leary who struggled to find his identity and support his wife and three daughters after retiring from the ring five years prior.  With bills piling up and the IRA tracking him down, Lights did whatever it took to get money whether it was doing embarrassing appearances or becoming a brutal debt collector.  The show tackled some big subjects including what an aging athlete does after his prime, being a public figure and the realities of supporting a family.  The show was both ballsy and intriguing and I was shocked to hear that it also was a one-season wonder.