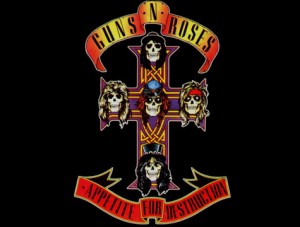 For all the tribute band haters our there I have news for you: Tribute bands have made their mark on pop culture and from the looks of things they aren’t going anywhere anytime soon. People want to see their favorite music live but if their favorite bands and/or artists are either dead or no longer performing, tribute bands are the only option.  As history has pointed out, sometimes tribute bands are so good that members can replace original members of the real band.  Remember back in 2001 when Rock Star told the story of when Judas Priest replaced their lead singer with a guy who played him in a tribute band?  Miracles do happen.

Obviously that kind of thing doesn’t happen too often but in the meantime there are some excellent tribute bands out there that are actually doing the original bands justice.  But first let me point out the different between a tribute band and a cover band: A tribute band strives to capture every aspect of the imitated artist’s voice, actions and appearance while cover bands just play other people’s songs.  Also, tribute bands usually name themselves based on the original band’s name, one of their songs or even one of their album titles.

Although initially created to honor the original band, some tribute bands have been around for many years and have earned their own fan base and the best example of that is the all-female AC/DC tribute band called Hell’s Belles. They have been featured in several magazines including Rolling Stone and have toured all over the country selling out venues as they go.  I’ve seen them twice and I’m telling you right now that if any members of AC/DC wanted to take the night off one of these girls could take over – they are that good.  Lead singer Jamie Nova hits every Brian Johnson/Bon Scott note and her stage presence is infectious.  Also, Adrian Conner (with her unmistakable bleach blonde dreads) could trade guitar riffs with Angus Young any day.  It’s her show – no question.

More recently I saw Appetite For Destruction and not only did these guys look like the members of Guns N Roses but they sounded and played like them.  Seriously.  I was so impressed that lead singer Chad Atkins could handle Axl Rose-sized notes while running around in a red bandana and doing the classic Axl back-and-forth, sway-like-a-snake moves.  It was like I was back on the Sunset Strip circa 1988.  And of course Mike Edington makes Slash proud with the way he shreds his guitar – talk about a tough act to imitate.  Wow.

Badfish: A Tribute To Sublime

All three shows were great it was nice to have the opportunity to see Elvis songs like “Hound Dog” and Sublime songs like “Don’t Push” and of course the KISS anthem “Rock & Roll All Night” live by people who really love the music.

The Beatles have the highest number of listed tribute bands – 12!

Strangest tribute band: Dread Zeppelin – playing music by Led Zeppelin in a reggae style with an Elvis impersonator on vocals. (Can’t make that shit up!)

As a whole I’ve had good experiences with tribute bands but there have been a few negative experiences such as 80s tribute band Steel Panther and Metallica tribute band It Should Have Been Lars.  I wrote a very negative post about the former on December 20 and I stand by it.  They had the look, could play their instruments and the lead singer could nail the notes but all of their incessant chatter was annoying.  Also, I wanted them to play songs by Motley Crue and Def Leppard, not their own songs.  I’m all for bands creating their own music but that’s not the point of their shows.  Meanwhile, It Should Have Been Lars opened for Appetite For Destruction and they were awful.  With bad wigs and a bad attitude, the lead singer opened the show by saying: “In case you all were wondering I am old enough to make fun of Metallica.  I hate this band!”  Wow – thanks for that.  If you hate Metallica why are you singing their songs?  I should have James Hetfield kick your ass for comments like that.

Keep your eyes open for any tribute bands coming your way – as long as they aren’t Steel Panther or It Should Have Been Lars and you like the music go see them!  It should be a good time.  When you do please let me know who you saw and what you thought!