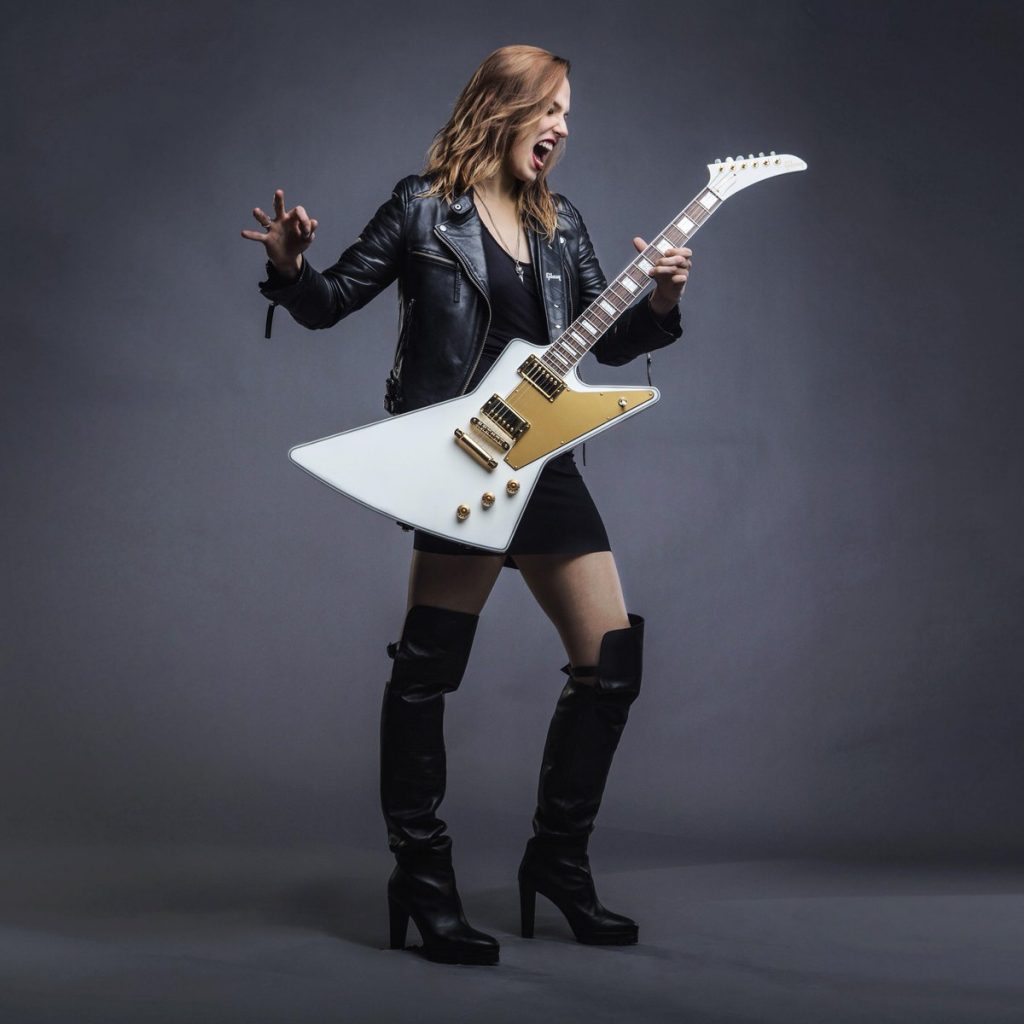 I don’t know whether to be excited about this or roll my eyes at the idea that it took 119 years for the company to name a female ambassador. Maybe both. In Gibson’s defense, the brand ambassador program didn’t start until 2017 but still. Come on. Joan Jett has played a Gibson guitar for the last 20 years – where is her ambassador invite?

But I digress. On July 16, Gibson, the guitar brand made famous by Jett, Les Paul, Slash, Jimmy Page, Billy Gibbons (ZZ Top), Sheryl Crow, Dave Grohl, Randy Rhoads (Ozzy Osbourne), and Ace Frehley (Kiss), among other legends, named Lzzy Hale of Halestorm their first female brand ambassador. Hale previously partnered with Gibson to design the limited edition Lzzy Hale Signature Explorer (that sounds like a car!) which continues to be extremely popular, retails for over $2,000, and is described as having an “iconic rebellious body shape.” With her new title in place, Hale and Gibson enthusiasts can look forward to new signature models coming soon. Additionally, Hale will be appointed to the Gibson Gives Advisory Board, which gives artists and stakeholders a voice regarding the brand’s charitable activities.

While I think a lot of people in the guitar/hard rock/metal world know who Hale is, for some reason she doesn’t have a “mainstream” audience. It’s bizarre because she’s collaborated with so many names across a variety of genres including Shinedown, Trans-Siberian Orchestra, Black Stone Cherry, Machine Gun Kelly, Cory Marks, and Evanescence, among others. Additionally, Slash is featured on one of my favorite Halestorm songs called “Here’s To Us.”

I initially found Hale because she’s one of the only female artists that can successfully cover hard-rocking songs from some of the biggest names in the genre including Guns N’ Roses, Metallica, AC/DC, and Whitesnake. And then she can go right into Fleetwood Mac, Temple of the Dog, and Black Crowes. Seriously – go to YouTube and type in Lzzy Hale singing “Gold Dust Woman,” “Shoot to Thrill,” “Still of the Night” or “Hunger Strike.” You won’t be disappointed. 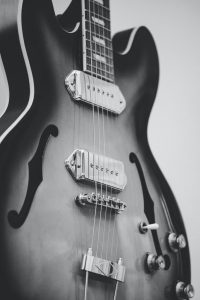 Hale has also won a Grammy – in 2013 for Best Hard Rock/Metal Performance – and was nominated in 2019 for Best Rock Performance. So why don’t more people know about her? She is my age, an incredible singer, rocks leather jackets with spikes and studs, and has collaborated with huge names. Hopefully the Gibson press elevates her profile because she deserves it. Anyone with her vocal range and style, who swings around a white and gold guitar, is an artist rock fans need to know.