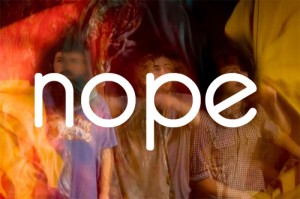 There’s very little that annoys me more than a band or singer refusing to play the song(s) that made them famous.  Whenever I go to a show and the lead singer chooses not to play what people came to hear I want to roll my eyes and walk out of the venue.  I want to tell them that the reason they have a sold out gig is mainly due to their hit songs and not playing them is a slap in the face to the fans that paid good money to see them live.

I remember in high school I saw Counting Crows and stupid Adam Duritz refused to play “Mr. Jones” – released in 1993 it is still the band’s most popular single.  Another example is Dave Matthews; I’ve seen DMB probably eight or nine times and never once have I heard “Crash Into Me.”  To be fair I’ve heard all of my other favorite songs several times but never have I ever heard the 1996 song that is still considered their most successful single ever.

Moving on from the 90s….I can imagine that for bands that have been in business for several decades playing the hits can get old.  I’m sure that Aerosmith gets tired of playing “Dream On” for the five billionth time and I’m sure that the Rolling Stones are sick of playing “(I Can’t Get No) Satisfaction” especially since the song was released in 1965.  That being said, if it weren’t for songs like those (among many others for these two particular bands) they wouldn’t be the icons that they are.

My threshold for listening to bitching decreases even more when one-hit wonder eighties metal band singers complain about the song that bought them their Ferraris and summer homes.  And the perfect example of this is the late Warrant front man Jani Lane.  Before I give him a hard time I want to mention that he recently passed away at the age of 47.  Although the cause of death is still under investigation, alcohol and prescription drugs were found in his motel room.  A fan of eighties metal, I always liked Warrant and their main three hits: “Heaven,” “Down Boys” and the notorious “Cherry Pie.”   But when I heard Lane complaining on a VH1 show a few years ago about the band’s most popular single I was over him:

Get over yourself Jani – no one would have cared about Warrant without that song.  At least Guns N Roses, Van Halen, Motley Crue, Def Leppard and every other hair metal band of the 80s had more than three hit songs and were not afraid to play them at their shows.

When I saw John Mellencamp a few months ago there was a fan who yelled “Pink Houses” after we had been told from the beginning that the concert was not going to be a greatest hits concert.  Mellencamp quickly responded by saying, “I told you guys this wasn’t going to be a greatest hits show.  Do you know how old I was when I wrote that song? I was like 27 years old.  I’m 59 fucking years old now – give me a break!”  Of course he did end up playing it but he did put a different spin on it which was a lot of fun.

Luckily the last few concerts I’ve been to have featured artists who play the good stuff.  Don’t get me wrong – I love the new songs, the B-sides and the rarities as much as anyone but in order to put together a great show I think having a mix of all of those songs is imperative.  I mean if Mick Jagger can sing the same hits for 40 years then I think newer bands can suck it up and play the music that got them on that stage in the first place.