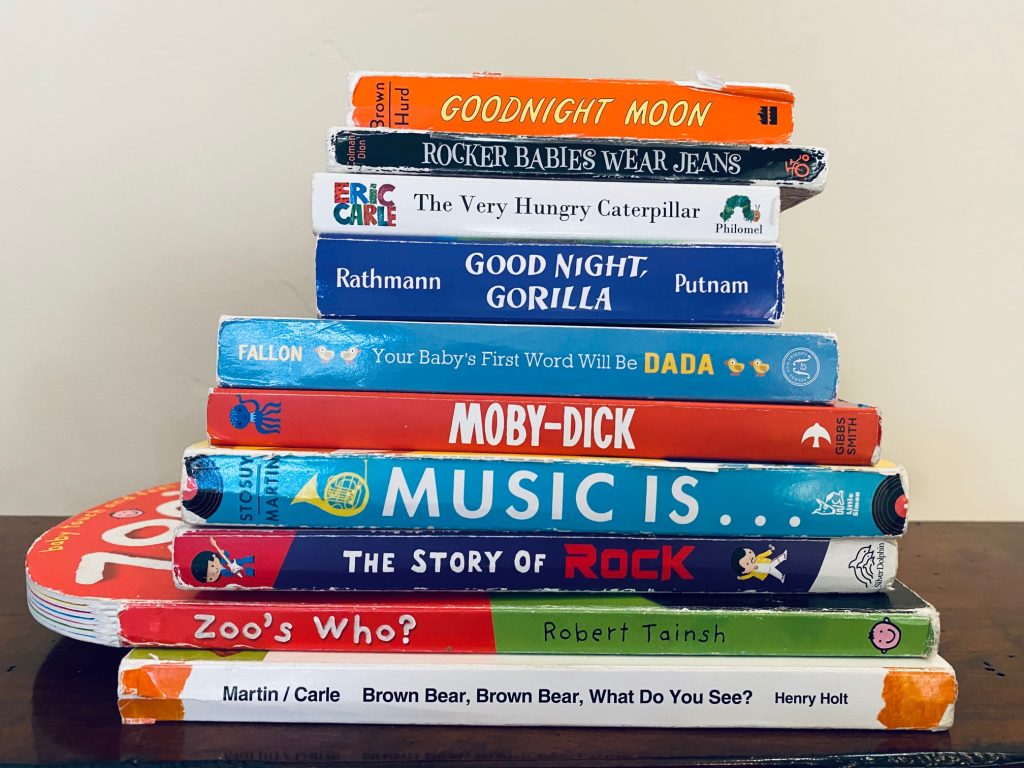 Happy November! Since everyone loves lists (ok, I love lists) I thought I would start the new month off with a list of Fleet’s top ten board books. Here they are in no particular order:

Rocker Babies Wear Jeans by Michelle Sinclair Colman – Other than the fact that I’m obviously drawn to a book about a rock and roll baby, this one is fun because it describes baby activities in terms of real scenarios. For example, rocker babies are video stars aka their parents like filming them on their iPhones. Very clever and very current.

Moby-Dick: An Ocean Primer by Jennifer Adams – The author cleverly pays homage to Herman Melville’s novel, while keeping it light for the kids. I appreciate that everything doesn’t have to rhyme and watching Fleet point to the different types of fish and captain of the ship is entertaining!

Goodnight Moon by Margaret Wise Brown – It’s a classic for a reason. Fleet’s favorite parts are anything involving bears and cows. Fun fact: I recently read that the same person who illustrated this book illustrated Runaway Bunny so the “humans” in the story are bunnies simply because she was better at drawing the latter.

Good Night, Gorilla by Peggy Rathmann – Sparsely worded and featuring a gorilla who escapes his cage because he wants to sleep next to the zookeepers, I find the book lazily written. I also find it irritating that “goodnight” is written as two words and that the author lifted the title from Goodnight Moon, but what I think doesn’t matter! Fleet loves it and so do many of his buddies.

Music Is… by Brandon Stosuy – Gifted to us by my good friend Shaina, this book really demonstrates how music is for everyone. By including people of all ages and ethnicities, along with many different types of musicians, instruments, and ways to enjoy music, the book was clearly created with the music fan in mind.

Brown Bear, Brown Bear, What Do You See? by Bill Martin Jr. and Eric Carle – This book is not my favorite because I find the repetitive phrasing annoying, but our sweet boy loves the illustrations. He picks it out of his book basket almost every night and likes pointing to each animal. Also, it is co-authored by the man behind The Very Hungry Caterpillar. 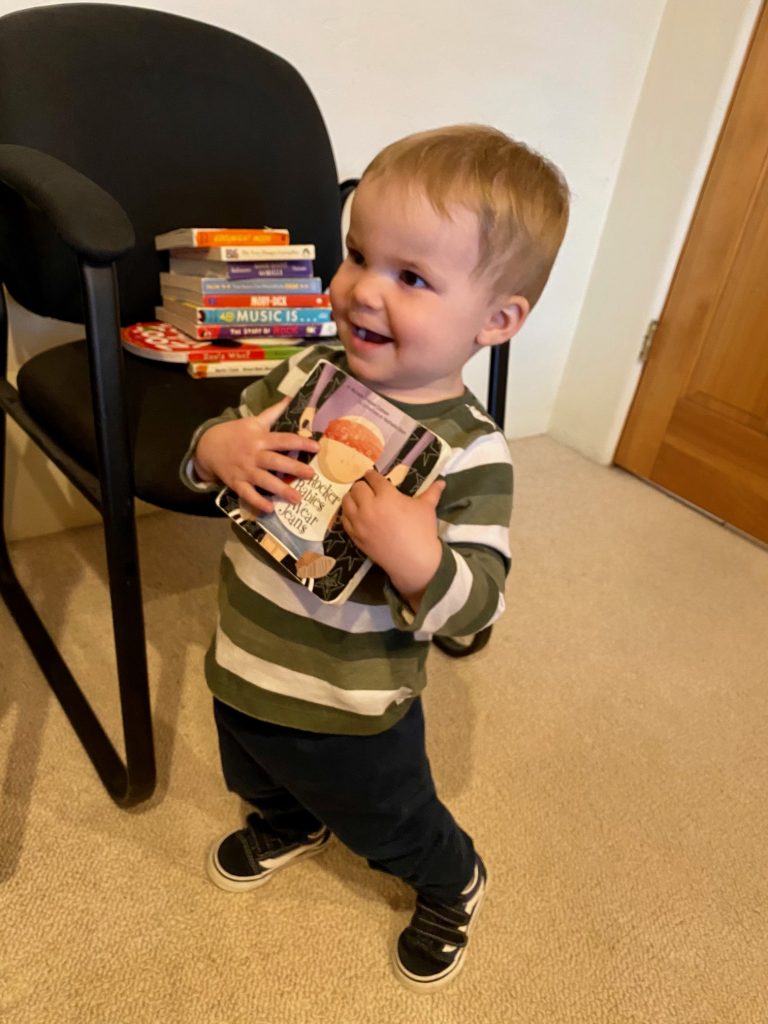 The Story of Rock by Nicola Edwards – Explaining the history of rock in one board book is no easy task, but Edwards pulls it off. She starts with the blues, touches on each decade (i.e. Guns ’N Roses representing the 80s and Nirvana the 90s) and ends with the idea that, no matter what, rock and will survive. Right now Fleet points to every guitar he can find.

Your Baby’s First Word Will Be DADA by Jimmy Fallon – Written by one of my favorite SNL stars, this book was meant to ensure that the comedian/actor/musician’s daughter’s first word would be “Dada.” I was drawn to this book because I love Fallon and can only imagine him drilling the word into his kid’s brain only to have her say “Mama” first. So funny!

Zoo’s Who? by Roger Priddy – What’s cooler than touching a panda, an elephant, and an iguana? This book encourages kiddos to feel the different textures associated with each animal while learning about what makes them unique. So far Fleet’s favorite is the leopard.