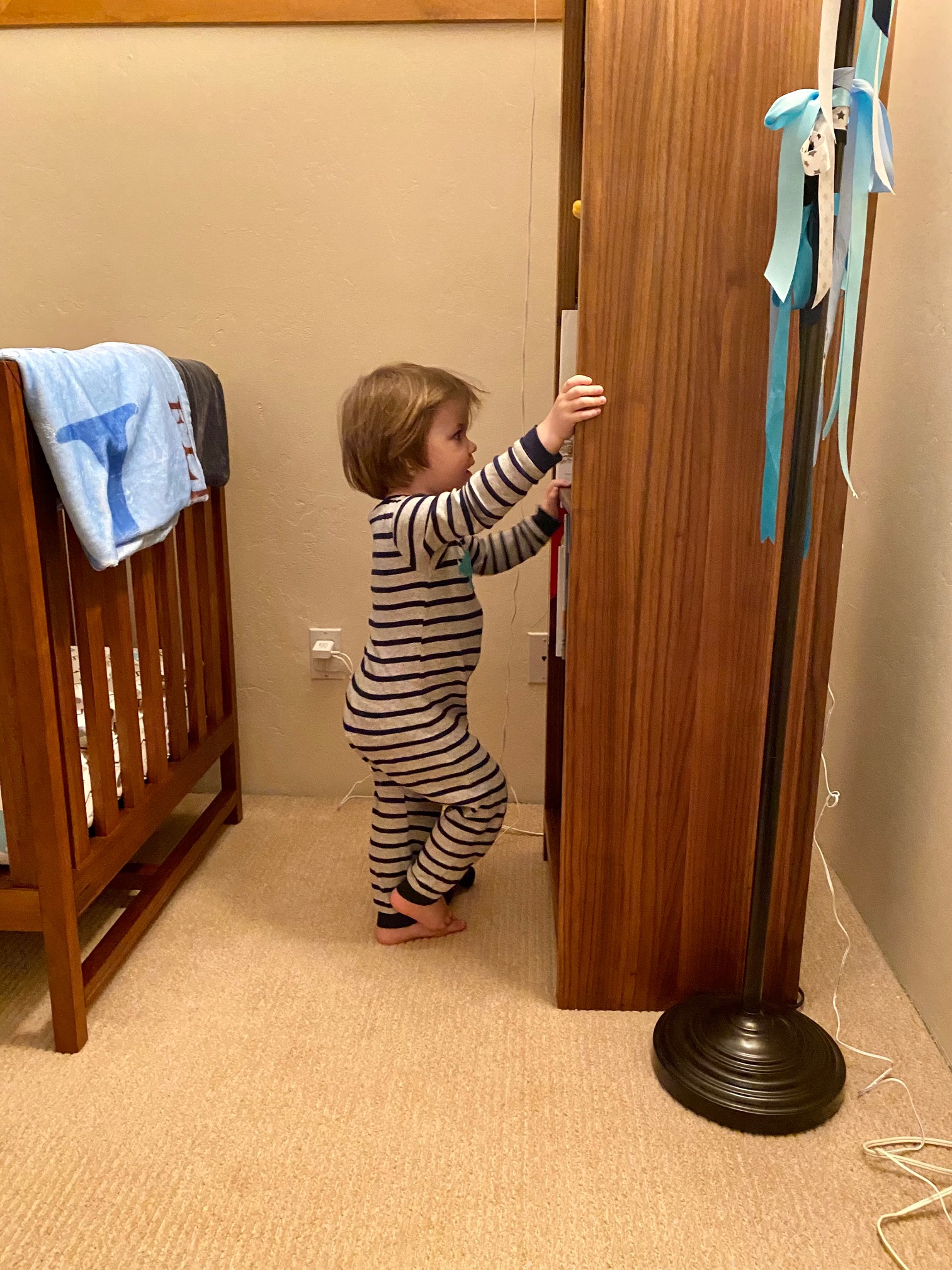 Our big boy turns three years old this month and continues to love books. In fact, Fleet’s new favorite reading ritual is “picking books from the shelf.” He loves choosing what we read and is now tall enough to reach three of the five shelves. Time flies.

It’s no secret that Fleet loves trucks so this one became a favorite very quickly. As an adult reading the book to him, I appreciate the thoughtful writing and beautiful illustrations. I also like the message of the importance of teamwork and the random fox that makes an appearance.

Can You See What I See? Dream Machine by Walter Wick
Originally published: 2003

When I initially thumbed through this book, I thought it was creative but also a little insane. There is so much to look at on each page that it’s almost too much. But as Fleet approaches his third birthday, he is enjoying playing “I spy” and “Hide and seek” games so this book is perfect for that. As we read, we ask each other “Can you see what I see?” and have fun finding the random objects (of which there is no shortage) on each page.

When my cousin gave Fleet this encyclopedia-size edition of Elephant & Piggie books, I couldn’t imagine why it was so large. Then I realized that it was a compilation of five of the quirky adventures/conversations these two characters have together: “I Am Going,” “We Are in a Book,” “I Broke My Trunk,” “Listen to My Trumpet,” and “I’m a Frog.” Each story is clever, a quick read, and features interactions between two buddies who could have their own sitcom.

There are conflicting original publication dates for this one, so I went with the earliest I could find. Almost 80 years ago, a female author wrote a children’s book about the city of Geoppolis and its highway department led by a female plow truck named Katy. Throughout our snowy winter, Fleet, Wookie, and I had an abundance of conversations about snowplows (and the safety of Geoppolis as a result of this book) so it clearly made an impact.

I Want My Hat Back by Jon Klassen (Author, Illustrator)
Originally published: 2011

Another cousin gave Fleet this book and both my cousin and his wife warned me that it was a little odd. They were right – it without a doubt features the driest humor I’ve ever read in a children’s book. But its peculiar wording and storyline got someone’s attention because it won the New York Times Best Illustrated Children’s Book of 2011.

This is a new favorite of mine too because it’s so creative and sweet. I just wish the illustrations of the little boy weren’t so creepy! He looks like an old man in a child’s body with eerie eyes and it’s distracting. That being said, the illustrations of the dragons are stunning and the storyline behind why the little boy ends up building the dragon machine is fantastic.

Of course I love this one. Seeing the lyrics “acted out” in book form is very cool and the illustrations are stunning. When Fleet and I first read it together, he immediately loved that the family of three ends up going to see a band. My boy. While the story is very literal, the fact that this is the “first and only picture-book interpretation of ‘Sweet Child O’ Mine’ lyrics’” is also a lot of fun.

Classics are classics for a reason but there’s nothing like a recently published book to add to the shelf. In this one, each truck gets very sleepy at the end of the day which is helpful when Fleet doesn’t think he’s ready for bed. This book also features a variety of shaped flaps making it more interactive for both of us.