Two days ago, Fox announced they were cancelling Pitch – the fictional story of San Diego 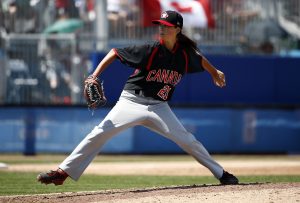 Padres pitcher Ginny Baker who broke barriers as the first female (and African American) to pitch in Major League Baseball. In the beginning of the fall television season, I wrote about Pitch being one of the best new shows (along with This Is Us) because of its unique storyline and the way the characters and their connections to other characters were introduced through flashbacks and present day events:

It’s a shame that Pitch joins a few other favorites in the “Cancelled After One Season For No Discernable Reason Club.” I just coined that term as I’m writing this blog post but the concept isn’t new. Do My So-Called Life and Freaks and Geeks ring any bells? All these years later, people are still wishing and hoping for extended storylines about those characters. Although rebooting cancelled shows has definitely become a recent trend (i.e. Gilmore Girls, Full House, Will & Grace, and Rosanne) I don’t think the Chase and Weir families will be gracing our televisions again anytime soon. But I hope I’m wrong.

Back to Pitch – in addition to Kylie Bunbury doing an excellent job in her role as Ginny Baker, I also loved watching Mark-Paul Gosselaar as veteran catcher Mike Lawson. The juxtaposition of his role as her mentor but also as a possible love interest was cleverly written and fun to watch. Also, learning a bit more about the backend part of baseball (think Moneyball) was fascinating. I hope that Fox will at least film what they are calling an “epilogue episode” because season one ended on a cliffhanger – because the writers thought the show would be back for season two! I’m sure I’m not the only fan out there who would like some closure.

Furthermore, this cancellation couldn’t have come at a worse time in terms of real world sports news because yesterday it was announced that a 19-year-old left-handed female pitcher named Claire Eccles, who currently plays softball for the University of British Columbia, will play for the Victoria HarbourCats baseball team. According to the Washington Post, her contract has her playing for the 11-team West Coast League that attracts some of the top collegiate players in North America. Similar to the fictional Ginny Baker, Eccles relies on an off-speed pitch because her fastball tops out at 76 mph.

Additionally, the Washington Post points out that Eccles will be the only woman in a league that graduated several notable MLB players, including the Orioles’ Chris Davis, the Royals’ Jason Hammel, the Angels’ Bud Norris and the Yankees’ Jacoby Ellsbury. While some naysayers might think that Eccles is just a publicity stunt, like in Pitch, it is clear that female pitchers who can consistently throw off-speed pitches (like knuckleballs or screwballs) have a way to keep hitters swinging and missing.

While I’m glad that a version of the Pitch storyline is happening in real life, I still think the show was important because it brought awareness to females in sports while also providing smart entertainment. I’m by no means a feminist, but a few months ago I walked into a Nike store and an Under Armour store on the same day and neither of them had women’s basketball shoes. Seriously.

Good luck to Ms. Eccles playing with the guys – from the footage I’ve seen it looks like the young lefty has a promising career ahead of her. Against males or females.