Fall TV is back y’all! It’s September which means new shows and old favorites are back on our DVRS and I have reviews for two of each.

While I understand that living in a post-Lost world means that anytime there is a premise about something weird happening on an airplane there is going to be a comparison, Manifest deserves a little more credit than it’s getting. The premise is this: Flight 828 takes off, the passengers experience some gnarly turbulence, and then everything is fine – until they land and realize that five years have gone by. Last night I watched the pilot and was intrigued the entire time – no one on the plane aged a day but everyone was presumed dead. 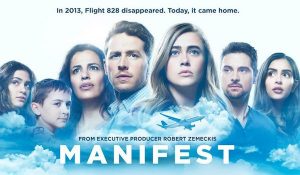 Although a lot happens in the 60-minute episode, the most screen time goes to Michaela Stone, her brother Ben, and their family dynamic. I’m not going to give away any spoilers but I will say that the action and drama are nicely juxtaposed in terms of dealing with these people missing out on half a decade of their lives and how their loved ones picked up the pieces. In addition to the Stone family, we learn a little bit about a doctor who was on board and how her story blends with Ben’s son.

By the time the pilot ends, it is clear that we will learn more about the Stone family, the other people on the airplane, and what went on during the five years the 828 passengers were gone. Even though there is a revelation regarding the importance of numbers, and we’ve seen three of the passengers experience supernatural effects, comparing this show to Lost is robbing it of a fascinating storyline that is displaying some serious promise.

Although I try to keep the medical dramas to a minimum on my DVR, something about the commercials for New Amsterdam caught my eye. Last night I watched the pilot but didn’t love it. Our protagonist is Dr. Max Goodwin – the new medical director at America’s oldest public hospital who fires an entire department on his first day. He’s all about putting medical care before dollar signs and his tagline is, “How can I help?” While I love the idea of dismantling any bureaucratic establishment, especially ones that are full of people who are constantly finding reasons to not be helpful, I find it hard to believe that changes can be made as quickly as Goodwin makes them happen. 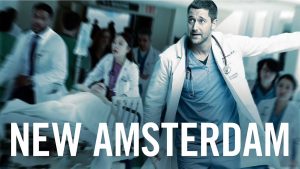 A medical show I really like, The Resident, was the first to really bring this kind of despicable bureaucracy to light in its first season so I’m not sure how Amsterdam is going to cover new ground. That being said, a few memorable moments include Goodwin calling out the “PR doctor” for spending more time being interviewed by television journalists than in the operating room and bringing in a farmers market when the head of the psychiatric department requests healthier food. It will be interesting to see if this medical drama is able to differentiate itself from the rest. I’ll give it a few more episodes.

Has this show really been on for fifteen seasons?! Don’t get me wrong – I love The Voice. Watching new talent perform for coaches that can’t see them is exciting and fun. But as time has passed, the show has turned into more of a platform for the judges to hear themselves talk rather than focusing on the contestants. That being said, I still think Adam Levine and Blake Shelton are hilarious and Kelly Clarkson and Jennifer Hudson are full of fresh energy. However, having two former American Idol contestants on the same season (and sitting next to one another) is as brilliant as it is a ploy: “These two got their start just like you guys and now they are megastars who have sold millions of records worldwide!”

After watching Monday night’s season premiere, I was just as excited as ever to watch new singers of all ages, and from all different backgrounds, sing for the coaches. There is no question that the blind auditions are the best part of the show. It’s the hook for a reason. And over the years I’ve grown tired of the two-hour episodes that unnecessarily go on and on as the show cycles through the battle rounds, the knockout rounds, and the live shows that aren’t really live. Last season I stopped watching towards the end because I felt like I had watched every contestant sing a million songs and with all the saves and blocks no one seemed to ever go home.

I’ll definitely watch every episode of the blind auditions but unless some of the formatting changes it’s going to be tough slogging through these bloated episodes that consist of the coaches spending way too much time talking and Carson Daly giving voting instructions over and over again when the fine print says voting is closed.

Season three comes back with an emotional bang – just how This Is Us likes it. Arguably one of the most anticipated premieres of the fall 2018 season, the first episode of the family drama was packed with backstory, current story, and future story. We watch Jack and Rebecca’s first date, learn why we should care a little bit more about Deja (who has clearly become a series regular), and get a little bit more information regarding who future Randall and Tess are visiting. 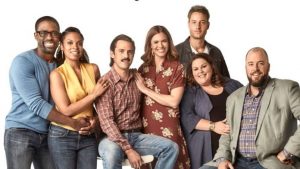 Once again, I’m not going to give away any big spoilers (I live in a DVR world too), but this show keeps getting better. I love how football is a constant and how they seamlessly blend historical events with what’s going on with the Pearson family. It’s excellent writing and demonstrates that everyone involved in this show wants to go the extra mile. One thing I will say is that I’m really concerned about Toby going off the rails. Season two’s finale showed him succumbing to some kind of depression and last night’s episode gave a few hints as to what might have happened. As a viewer I feel like he’s our guide – along with Beth – because they are part of the Pearson family but not part of the crazy. We need both of them. As always, I’m already excited for next week.