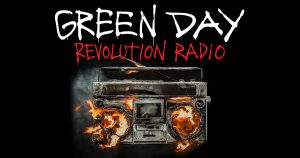 Released on October 7, 2016, Green Day’s new album showcases why this band has continued to stay relevant for three decades (yep, you read that right). Loud, exciting, and well-written, these songs are powerful and demonstrate that Green Day hasn’t lost their edge. By speaking out about what’s going on in the world, but at the same time not taking themselves too seriously, the band has created a record that, like Dookie, will remain a fixture in the collections of fans. In fact, as I write this, the album is sitting at number one on the Billboard 200. Essential tracks: “Bang Bang,” “Still Breathing” and “Youngblood” 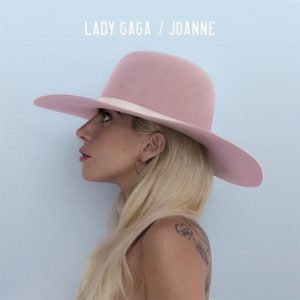 It took me awhile to become a Lady Gaga fan because meat dresses and techno songs like “Bad Romance” are not my thing. But when she sat at a piano across from Elton John (who was sitting at his own piano) to perform at the 2010 Grammy Awards, I finally heard the artist and the voice. They sang a medley of her song “Speechless” and his “Your Song” and I became a fan. She could sing and play piano! Who knew?! Next she got me with “You and I” off her Grammy Award-winning Born This Way – I love that song because it tells a love story in way that is so full of soul and rock that you can’t help but sing along. I thought to myself, Wow that girl has something to say! So when Gaga released Joanne three days ago I was actually excited to hear her new music. Although she seems to be going through her cowboy phase (like Madonna did with 2000’s Music) the songs showcase her voice and not her novelty. The glitter is still there but the auto tune is gone which is exactly how it should be when you have a voice like hers. Essential tracks: “A-YO,” “Million Reasons” and “John Wayne” 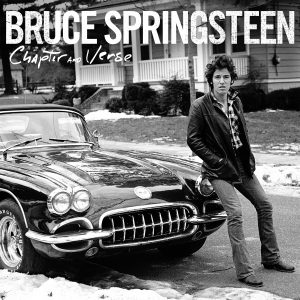 When I heard that Bruce Springsteen’s new album was going to be a “companion piece” to his autobiography called Born to Run, I was curious if people were going to think it was a gimmick since the “new” album features 18 songs and only five are previously unreleased. Well apparently five songs is all it takes. Recorded in the 1960s and 1970s, the first five songs on Chapter and Verse were performed by The Castiles, Steel Mill, and The Bruce Springsteen Band – Springsteen’s bands before he was a big deal. Like the book, the album functions as a trip through the artist’s journey as a true American musician and now legend. Released on September 23, the album demonstrates why Springsteen continues to be the epitome of a rock and roll music hero. Essential tracks: “Baby I,” “Growin’ Up” and “The Ballad of Jesse James”