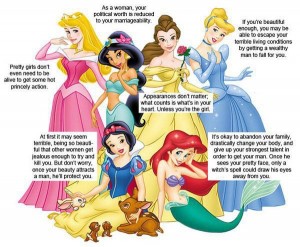 What’s with all the fairy tale stuff going around?

There is a lot of buzz about Julia Roberts’ turn as the Evil Queen in an upcoming adaptation of Snow White, there is a new fairy tale show on ABC called Once Upon A Time and now Facebook has all these hilarious cartoons parodying fairy tales (see this blog post’s accompanying photo).  I refuse to believe this is a coincidence so what the hell is going on?

According to Entertainment Weekly, the still unnamed Snow White movie promises to have a lot more edge than the Disney version.  We’ll see about that….but either way seeing Roberts playing against type is always intriguing (i.e. Erin Brockovich).

On the small screen, Once Upon A Time centers on a woman with a troubled past who is drawn into a small town in Maine where the magic and mystery of fairy tales just may be real.  The television series is slated to star Ginnifer Goodwin (Big Love) and Jennifer Morrison (House).

Meanwhile, on Facebook, there have been many photos swirling around making fun of fairy tale and Disney characters such as the aforementioned Snow White, Sleeping Beauty, Little Mermaid, etc.  So what’s the deal?  Parodying fairy tales and Disney characters is nothing new – the Shrek movies have been doing it for years and before that The Princess Bride made a cult classic movie that revolved around talking shit about fairy tales.

We’ll see how all this plays out but in the meantime remember the wise words of Sleeping Beauty from the Facebook photo: “Pretty girls don’t even need to be alive to get some hot princely action.”