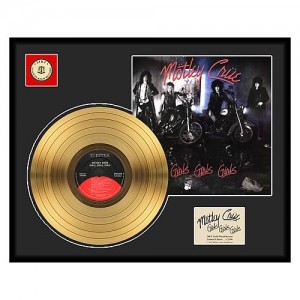 While it’s no secret that the music business has seen many drastic changes over the last two decades, the impact that streaming has had on all facets of the industry is definitely the most significant. For almost six decades, the guidelines put in place by the Recording Industry Association of America (RIAA) were clear: If an artist or band sells 500,000 copies of an album or single their record is certified gold. But as of early February, things have changed a little bit.

-1958: Perry Como earns the first Gold Award ever for his hit single “Catch A Falling Star.” Four months later, he wins the very first Gold Album Award for the cast album Oklahoma! which was sung by Gordon Macrae.

-1970s: As a result of disco fever leading to an enormous increase in music sales, the RIAA creates the Platinum Award in 1976 to celebrate more than one million sales of a single or album. The first Platinum Single Award is earned by Johnnie Taylor’s “Disco Lady.”

-1980s: Technology spearheads another boom in the music business with the creation of the CD which leads to the development of the Multi-Platinum Award in 1984.

-1990s: The RIAA creates the Diamond Award in 1999 to commemorate the sale of 10 million copies or more of a single or album.

-Early 2000s: Napster and the popularity of the internet drive digital music sales and ultimately the need to recognize the rise of online formats. As a result, the Digital Single Award and adding digital sales to the Album Award become part of the RIAA gold record standard.

-2013: The RIAA officially allows on-demand music streams to be factored into the data for gold and platinum singles.

Changes as of early February:

-1,500 plays on Spotify, Apple Music, Tidal or any other streaming service = one album sold. That means that an LP with 750 million streams would be credited with a gold record.

Not surprisingly, these changes have been both instant and significant as albums are jumping from gold to platinum overnight. As a result of the adjusted rules, the RIAA has already certified 29 new gold and platinum albums, along with previously certified albums, bringing some of them to the next level. For example, Elle King’s Love Stuff earned gold, Miranda Lambert’s Platinum all of the sudden went platinum, and Thriller leaped from 30 to 32 times platinum.

So what does all of this say about the music business? What kind of precedent does this set? Do the new rules make earning coveted designations too easy or is this just the RIAA rolling with the times? Even though vinyl has experienced a resurgence in the last few years, the majority of the music-listening public streams or downloads their music so it would be extremely inaccurate to ignore those numbers. That being said, should YouTube views really hold that much value? Former record label executive Larry Stessel makes an interesting point when he compares streaming to radio: “Streaming, to me, is no different than radio airplay, so to count it in a certification on sales doesn’t make any sense. It makes it less meaningful.” Fair enough. So what’s the compromise? Should the RIAA only include data from online, non-streaming services that always require payment for music like iTunes? I would love to hear what you all think!