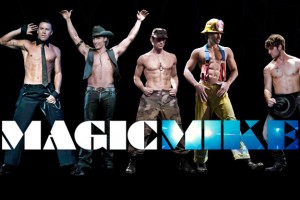 So it turns out I had the completely wrong idea about Magic Mike. I assumed it was some narcissistic comedy meant for bachelorette parties to watch after a late night on the town. Instead, it’s a very clever, well-acted comedy that throws the “strip club is an institution designed to degrade women” line out that window.

If you haven’t seen the movie and still don’t think you were interested, here are five things you may not know that could change your mind:

1) The movie was directed by Steven Soderbergh – the genius behind Ocean’s Eleven, Traffic and Erin Brockovich, among many others.

2) Magic Mike is loosely based on the experiences of star Channing Tatum who was an 18-year-old stripper in Tampa which I find hilarious!

3) Tatum’s character is very likeable and funny – not a self-absorbed jerk like I (for some reason) assumed. He is also a fantastic dancer and fun to watch.

Clearly this movie is no Striptease nor is it Showgirls – instead it has an actual plot and features superior acting and very funny dialogue. Also, the choreography was done by Alison Faulk who is known for her work with dance divas such as Pink, Britney Spears and Madonna.  Instead of making a half-assed movie that could have gone straight to DVD, Tatum found the best of the best to direct, star and dance and that’s why it was hit.

And guess what else? There is going to be a sequel! It will be called Magic Mike: XXL (can’t imagine what that’s alluding to) and production is slated to begin in the fall.  See ya then strip fans!