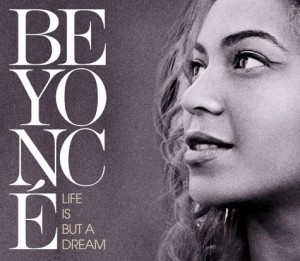 These days it seems that everyone and their mother in the music business is making documentaries: Earlier this month (February 6) I wrote about Dave Grohl’s Sound City, on October 17, 2012 I wrote about Zeppelin’s Celebration Day and on September 26 I wrote about the Stones’ Crossfire Hurricane.

What’s great about those documentaries is that they are not all happy faces, lollipops and rainbows. Instead they offer never-before-seen footage, anecdotes and stories (both positive and negative) that fans really want to hear which is exactly what VH1’s Behind the Music used to do. When Behind the Music was on television on a consistent basis, the show was successful because each episode functioned as one-hour documentaries about our favorite artists.

A few more reasons it was so successful:

-The episodes chronicled the rise and demise of our favorite artists.
-We learned backstories about their struggles with family, addictions, money, being on the road, temptation, etc.
-We saw iconic rockers, rappers and divas as semi-real people whose lives aren’t perfect.
-The concert footage, backstage footage and anecdotes about songs and albums were always interesting and most likely images we had never seen before.

So now that the show is no longer on the air and the music industry isn’t what it used to be, apparently making documentaries is the way to go. At least that’s what I’m assuming Beyonce thought when she decided to release Beyoncé: Life Is But a Dream on HBO.

While I do like Beyonce, when I first heard about her documentary I couldn’t for the life of me think of any hardship that she had gone through that would warrant such a film so curiosity got the best of me and I watched it. Turns out I was right – Beyonce has never had a hardship in her life other than her severed relationship with her father/former manager. But let me back up.

Clearly people love Beyonce – she’s beautiful, can actually sing, can dance, wears sparkly outfits, is married to Jay-Z and, as far as we know, has never had a drunken/drug-induced/crotch-mishap at 4 a.m. So I guess it’s no surprise that Life Is But a Dream attracted the largest audience HBO has ever experienced as 1.8 million viewers tuned in for the inaugural showing on February 16.

But what probably was a surprise to many of those viewers is how little they learned about Beyonce. While the footage of her preparing for her tours is interesting and there is no question that the girl works hard, the rest of the time is spent awkwardly talking to a computer that is way too close to her face and gushing about how much she loves her husband and being pregnant. She does try to “keep it real” by being interviewed without any makeup on and showing old home videos of her family and Destiny’s Child. But when we see videos of her on vacation with Jay-Z they are on private planes and enormous yachts which I’m pretty sure is a reality for zero people watching the film.

While I’m glad that Beyonce is happy and doing well, I already assumed that about her. At 31 years old she is a 17-time Grammy winner and is one of the best-selling artists of all time as she has sold over 13 million albums in the United States and over 75 million records worldwide. She has received endless critical acclaim from everyone and is married to one of the biggest rap stars of all time with whom she had a baby a few months ago. If Beyonce’s life isn’t a dream I don’t know whose is and although I don’t believe everyone needs to struggle to deserve success and achieve greatness it sure makes for a better story.