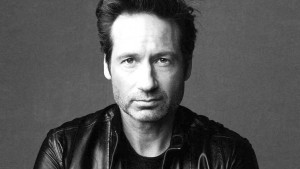 I was never a David Duchovny fan –until he starred as writer/womanizer/music fan/pain in the ass Hank Moody in Californication. But since that show went off the air in 2014 the entertainment world hadn’t really laid eyes on him. That is until 2015 because this year he is everywhere!

Premiering tonight is his new show Aquarius which, for some reason, is being promoted as an “event series” that is slated for a 13-episode stretch on NBC. Taking place in 1967, the show centers around Duchovny as a Los Angeles police sergeant who is assisted in a missing persons case by an undercover officer who behaves like a hippie and fits in with the people being questioned. Unknown to them, their investigation will lead them to Charles Manson. Sounds interesting right? We’ll find out tonight.

In addition to his new show, Duchovny wrote his first novel earlier this year called Holy Cow: A Modern-Day Dairy Tale. He also released his debut album called Hell Or Highwater which was released on May 12. Writing books and playing music? Is he actually turning into Hank Moody? And, to top all of that off, Duchovny will be returning as Agent Fox Mulder in a six-episode reboot of the X-Files which will premiere in January 2016. Two shows, a novel and an album? I guess DD has been working hard.

And you know who else went back to work? Courtney Love. Although she might be the most unlikeable female in rock and roll, it’s 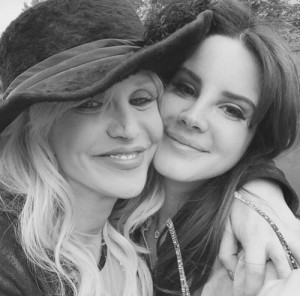 hard to deny her presence in pop culture recently. She returned to acting with short but memorable arcs on three different hit shows on three different networks: the FX series Sons of Anarchy, the Fox series Empire, and the ABC series Revenge. On the music side, Love is the opening act for Lana Del Rey’s Endless Summer Tour which kicks off tonight in Indiana.

Lastly, Love has also been on screen and a prominent figure in the second half of Kurt Cobain documentary Montage of Heck. She is interviewed throughout the film and there is plenty of footage of her and Cobain doing drugs, hanging out at home and spending time with their then-two year old daughter Frances. In a Rolling Stone article about Frances, Love was quoted several times about what the film meant to her and her relationship with her daughter. Surprisingly (and thankfully), Love kept it together for both interviews and seemed to be focused and sober.

Clearly 2015 has been a big year for both Duchovny and Love and although it may be peculiar to read those two names in the same sentence, tonight is a big night for each of them. Good luck to both – I hope the reviews are stellar.