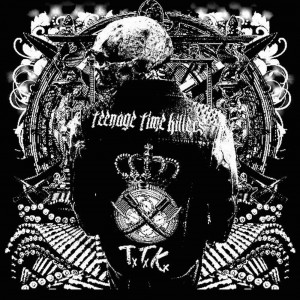 At this point it is common knowledge that Dave Grohl is the raddest living rock and roller out there for a multitude of reasons that include, but are not limited to, the following:

-He was the drummer for Nirvana.

-He is the lead singer and lead guitarist for Foo Fighters.

-The speeches he has given about the importance of music over the last few years, whether at the Rock & Roll of Fame induction ceremony or as the keynote speaker at South By Southwest,  have been raw, influential and most importantly necessary for the our youth.

-Showing his respect for his rock and roll predecessors, he created two documentaries (that spawned two albums) that pay homage to the musicians who inspired him to be great. If you haven’t already, check out Sound City and Sonic Highways immediately.

-Instead of cancelling the current Foo Fighters tour when he severely injured himself several months ago, Grohl designed a throne that he could be strapped into and play the shows with his leg propped up.

-Most recently, the Foo Fighters’ Kansas City show became the center of the Westboro Baptist Church’s hate speech-disguised-as-protest when Grohl and the band responded by entering the fray in a pickup truck blasting Rick Astley’s “Never Gonna Give You Up.”

-He is part of two rock supergroups – Them Crooked Vultures and Teenage Time Killers!

Formed in Los Angeles in 2009 by Led Zeppelin’s John Paul Jones (yeah, you read that right), Grohl and Josh Homme (of Queens of the Stone Age and formerly of Kyuss), Them Crooked Vultures performed their first gig on August 9, 2009 in Chicago. The group’s self-titled first album debuted at number 12 on the Billboard 200 and then in 2011 they won the Grammy Award for Best Hard Rock Performance for “New Fang.”

In an under-the -radar fashion, the band’s debut album, Teenage Time Killers: Greatest Hits Vol. 1, was released a few weeks ago. I’m assuming the new supergroup hasn’t been talked about much because Grohl has been making headlines for so many other reasons, but I think this album is going to gain popularity soon. Although Teenage Killers isn’t necessarily for those who like Foo Fighters ballads, this album is for the people who appreciate the musical roots of bands like Nirvana and Scream.  The cocky title is hilarious – Greatest Hits Vol. 1 – especially since this is a hardcore rock record that isn’t afraid to show its teeth. Clocking in at 24 songs, it’s also longer than most punk rock albums and has so much energy it has to be turned to up to 11.

Once again proving that he is the raddest rocker alive, Grohl picks up another instrument (bass) but he doesn’t provide any vocals. It doesn’t matter – if you’re a rock/metal fan you’ll like this supergroup’s sound. Maybe they’ll even go on tour and win a Grammy!