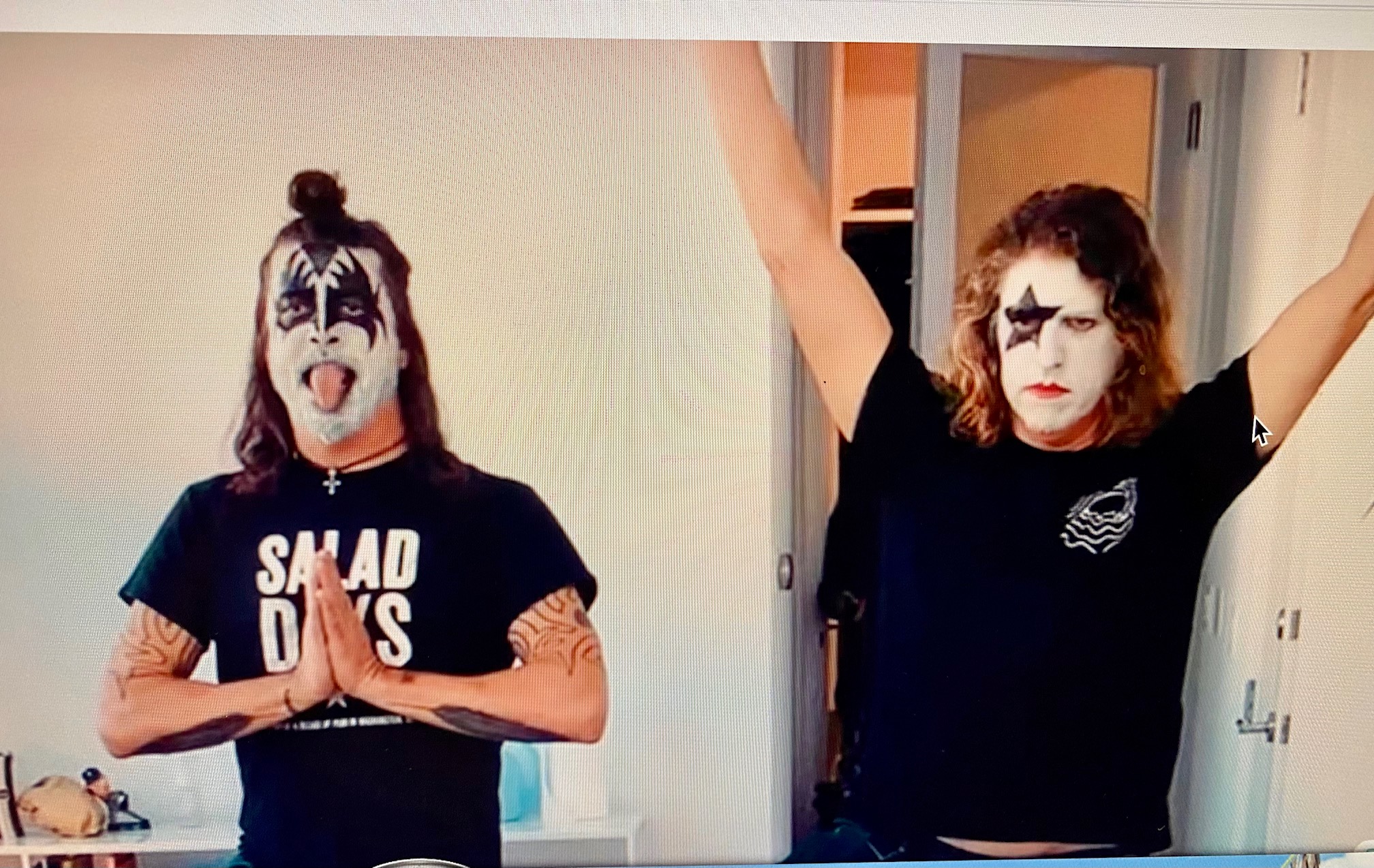 It’s no secret that Dave Grohl is one of my favorites of all time. But throughout the last couple of years, he has taken his talent to another level by demonstrating that he really can do anything and is arguably the hardest working man in rock and roll: celebrating the band’s 25-year anniversary, producing documentaries, performing at this year’s inauguration event, another Rock and Roll Hall of Fame induction, two limited-engagement runs on Sirius radio, and publishing a best-selling book.

But don’t kid yourself, there’s more. Over the past week he released songs for each night of Hanukkah – appropriately called “The Hanukkah Sessions” – and I realized he did this with someone I didn’t recognize. So I looked up his partner in crime who, turns out, is just as impressive as Grohl. Greg Kurstin is a record producer and songwriter who can play multiple instruments. He has won eight Grammys, two CMAs, and has written and produced four songs that hit number one on the Billboard Hot 100. Additionally, Kurstin collaborated with Adele on 25 and 30 and co-wrote and produced “Easy on Me,” which broke Spotify records with 24 million plays within the initial 24 hours it was available. He’s also worked with Kelly Clarkson, Halsey, Maren Morris, Beck, Paul McCartney, Pink, Lily Allen, and, of course, the Foo Fighters.

So why had I never heard of this guy?! I’m actually kind of embarrassed because Kurstin is so good. Check out his keytar skills on their version of “Jump”:

The Hanukkah Sessions started last year, while the world was in quarantine, and both the 2020 and 2021 songs are definitely worth watching. The formula is simple but brilliant: Grohl and Kurstin chose one song for each night of Hanukkah – all performed by Jewish artists including Bob Dylan, Amy Winehouse, The Beastie Boys, Van Halen, Kiss, and The Ramones, among others – and filmed authentic videos of the covers. It’s fun, funny, creative, and innovative and, during a holiday season characterized by supply chain issues, doesn’t cost a dime or require a tracking number to enjoy. Clearly cut from the same cloth, Grohl and Kurstin were not afraid to be silly and are talented enough to pull off a variety of genres. It is obvious that they had a blast filming, singing, and playing music which is really what the holidays should be all about.