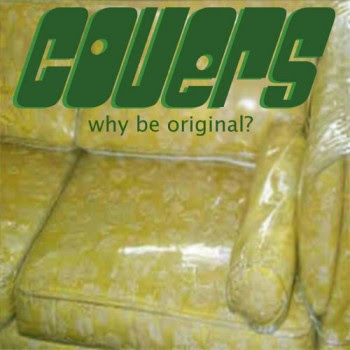 There are all kinds of opinions out there on whether or not cover songs help or destroy music. I’ve heard some people say they think it’s great to hear their favorite song done a different way and I’ve heard others say that covering a masterpiece is unforgiveable. Either way, covers provide a fresh take on a favorite song and I am always curious to hear what another artist brings to the table.

A few examples of covers that made a mark:

When Johnny Cash covered Tom Petty’s “I Won’t Back Down” legend has it that Petty told Cash that the covered version was better than the original.

The Beatles’ “Yesterday” is said to be the most covered song in history – by over 2,200 artists.

The Rolling Stones’ “Wild Horses” has been covered by numerous artists from Tori Amos to Guns ‘N Roses.

“I Shot the Sheriff” is one of Bob Marley’s most famous songs but it became even more famous when Eric Clapton recorded a version that was included on his album, 461 Ocean Boulevard. It is the most successful version of the song, peaking at number one on the Billboard Hot 100. It is Clapton’s only chart-topping hit in the U.S.

The Beatles’ “Come Together” has been covered by some big names including Aerosmith and Tina Turner and most recently, American Idol runner-up Crystal Bowersox (who I predict is going to have an incredible career).

Melissa Etheridge and Joss Stone blew the roof of the 2005 Grammy Awards when they sang “Piece of My Heart.” The performance was Etheridge’s first appearance after her battle with breast cancer and she hit that high note like it was the last note she would ever sing. Although most people attribute “Piece of My Heart” to Janis Joplin and Big Brother and the Holding Company, it was originally written by Jerry Ragovoy and Bert Berns and originally recorded by Erma Franklin in 1967. However, the song became a hit when Joplin and Big Brother covered the song in 1968 on their album Cheap Thrills.

Jimi Hendrix covered “All Along The Watchtower” in 1968 after receiving a tape of the original version written and recorded by Bob Dylan. Hendrix’s finished version was released on the album Electric Ladyland and the single reached number 20 on the Billboard chart, which was his only top 40 entry on that chart. Because of the popularity of Hendrix’s version and the fact that two rock and roll giants recorded versions of the song I have witnessed many arguments over who sang it first.

When Sheryl Crow covered Guns ‘N Roses’ “Sweet Child of Mine” not everyone was pleased but everyone had to hear the song. Although I am a huge Sheryl Crow fan I am not a fan of her covering this song because like Robert Plant, Axl Rose is a voice that is extremely difficult to make your own.

Although Beyonce won critical acclaim when she played Etta James in the 2008 film Cadillac Records, James was not thrilled when Beyonce covered her song “At Last” at President Barack Obama’s Inaugural Ball. While being interviewed James claimed she was going kick Beyonce’s ass. Real classy Etta!