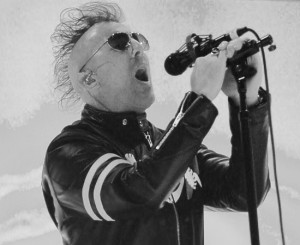 Attention fans of Tool, A Perfect Circle, Puscifer, Green Jelly, and Children of the Anachronistic Dynasty! Your favorite frontman just announced that he is collaborating with writer/editor Sarah Jensen (who is a family friend) on his biography. Keenan told Rolling Stone magazine that he’s shooting for the book to be released next fall and that he wants it written in the third person. As a writer, I find it interesting and refreshing that he’s openly working with a writer friend and choosing to have his story told rather than hiring a ghost writer and making it look like he wrote it.

Clearly the 51-year-old artist doesn’t need to pretend to be a writer because he has many other things going including being a revered frontman for four bands and a winemaker for Caduceus Cellars. Not surprisingly, Keenan is taking a no-bullshit approach to the book. In the Rolling Stone interview he explained that although many of his pre-music life events have been talked about, those stories haven’t told with his details. He went on to say that what will set this book apart from other artists’ memoirs or biographies is that he plans to avoid “kiss and tell” stories and focus on crossroads and the decisions that followed. Once again, as a writer, I find that that fascinating and invigorating because I believe he’s going to set the bar high for future musician biographies. Over the years I’ve read several of these types of books and some were definitely more successful and interesting than others.

A few examples Keenan should research during his writing process:

Motley Crue –The Dirt: Confessions of the World’s Most Notorious Rock Band
Steven Tyler – Does The Noise In My Head Bother You?
Bob Mould – See A Little Light: The Trail of Rage and Melody
Vince Neil – Tattoos & Tequila: To Hell and Back with One of Rock’s Most Notorious Frontmen

In addition to working on his book, Keenan is currently on tour with Puscifer and Tool fans are still waiting for the long-rumored fifth album to emerge. Hopefully Keenan will continue to gather more stories and write one hell of a book – I know I’ll be ready to read it as soon as it hits bookstores!