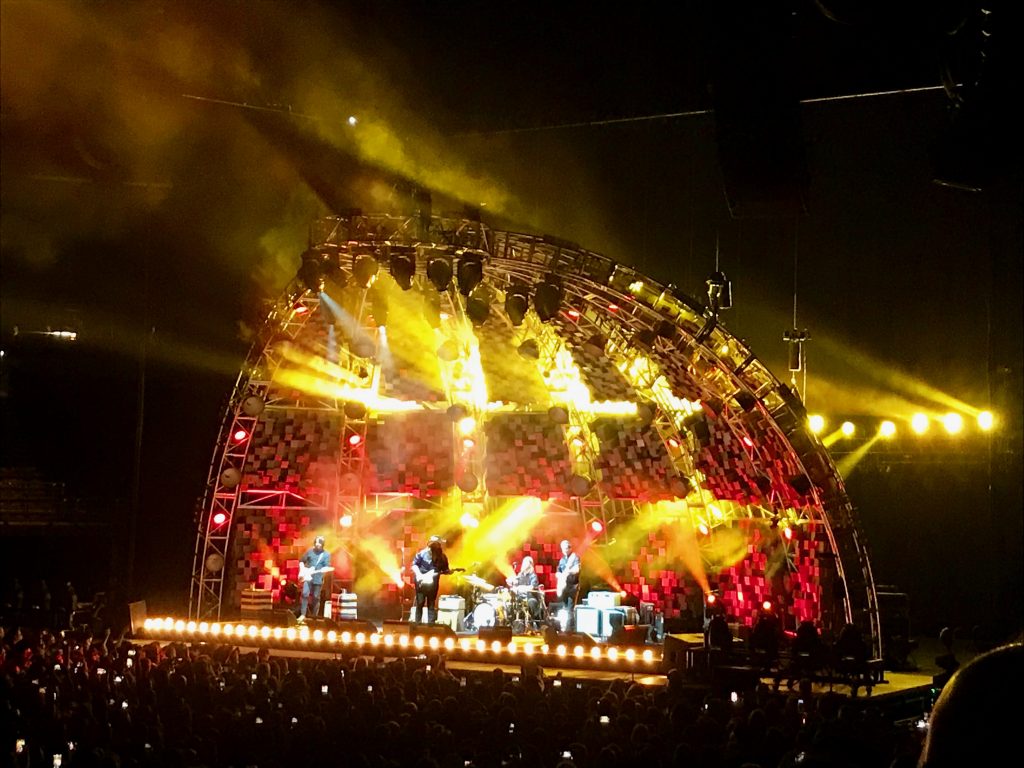 After a six-year hiatus, I found myself back at the Pepsi Center in Denver for a show – Chris Stapleton playing live for 18,000 fans. I was very excited about this show because I’ve been listening to Chris Stapleton Pandora and all three of his albums on vinyl for the last year – especially after last summer’s epic Red Rocks performance. His music has also been a staple (see what I did there) on my radio show for almost two years. Anyway, I couldn’t wait for him to take the stage on Friday night.

As I waited for his arrival, I thought about the last time I was at Pepsi Center – for Poison and Def Leppard in June 2012. While clearly a different audience than a country show, the Poison/Def Leppard event was just that. An event. Both bands were excited to be there and the crowd loved every minute of the seemingly endless energy exuded from both bands.

While it’s hard to compete with Red Rocks in terms of the view and overall experience, it is nice to walk in and out of the Pepsi Center in a matter of minutes from downtown Denver. You can’t beat that kind of convenience. Anyway, logistics aside, here are the main differences between Stapleton at Red Rocks versus Pepsi Center:

I told myself that I was not going to spend a lot of time ranting but I will say this. People need to realize that concert venues are not libraries. End of story. I’ve seen a lot of shows over the last 20 years and people who attend have to understand that sitting isn’t going to happen, people are going to sing along, and we’re all there for a good time. For example, I don’t smoke marijuana but I am aware of the fact that I live in Colorado and always take into consideration the music I am there to see. I could not believe that I heard concertgoers complaining about others smoking weed in a state where it’s legal while the act we were there to see was literally singing a song called “Them Stems.”

If you don’t like standing, singing along, being around fans who are indulging in a few drinks or smoking a few joints, go to a symphony. Period. I guarantee Stapleton and his entire band were doing the same thing before and after the show (and maybe even during). Rock and roll (and country music) will survive.