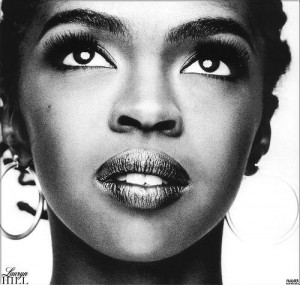 I’m always surprised when I read that celebrities don’t pay their taxes because I find it so ridiculous that people with that kind of money can’t be bothered to ask their assistants to handle a yearly chore that every adult in the English-speaking world has to handle. And they all do it – athletes, singers, actors, etc.

While she isn’t the first and definitely won’t be the last, Lauryn Hill is the most recent example of a celebrity who is going to jail for tax evasion. Today the Grammy-winning singer was sentenced to three months in prison and an additional three months in home confinement for failing to pay taxes on about $1 million in earnings. She pleaded guilty last year in the case and explained to the judge that she had always meant to eventually pay the taxes but was unable to during a period of time when she dropped out of the music business.

Before the sentencing, her attorney said Hill had paid more than $970,000 to satisfy the state and federal tax liabilities. Hill had faced a maximum sentence of one year each on three counts and her attorney had sought probation. At this point it is unknown when or where she will report to prison.

In the 90s it seemed that Hill couldn’t be stopped as she was extraordinarily popular as part of the Fugees and then her solo album The Miseducation of Lauryn Hill cleaned up at the Grammys in 1999. After that she completely disappeared from the public eye to raise her six children. On the rare occasions that she surfaced she could usually be heard giving rambling, ridiculous quotes about society and the music industry. Her story is a shame because she could have been a legend in the realm of Aretha Franklin, Etta James and Whitney Houston. Hill was a double threat because of her abilities to sing the big notes and rap – especially at a time when female rappers pretty much consisted of only Mary J. Blige and Missy Elliott.

Here are few other examples of famous faces doing time for tax evasion:

Wesley Snipes: The actor failed to file tax returns between 1999 and 2006 and prosecutors claimed that during those years $38 million worth of income had gone unreported. Snipes justified the nonpayment in a 2006 statement in which he claimed he was “a nonresident alien” of the United States. In reality, he was born in Florida. He also stated the U.S. government had “no lawful authority to impose any kind of criminal sanctions” and that he had no income for the U.S. government to legitimately tax. The courts didn’t see it that way and on in February 2008, he was convicted of three misdemeanor charges of failure to file income tax returns.

Richard Hatch: Five years after winning $1 million on the first season of Survivor, Hatch was indicted by a federal grand jury in Providence, Rhode Island on charges of failing to report the money he had won in his 2000 tax return. The indictment not only listed his unreported winnings but also unreported money from rental properties he owned, the car he won on the show and false statements that he had knowingly given about all of the above. In 2006, he was found guilty of tax evasion and sentenced to 51 months in prison.

Heidi Fleiss: Frequently referred to as “The Hollywood Madam,” Fleiss ran a prostitution ring during the early 90s. Although she never named names, her business attracted clients who were well-known and well-off. Her business became too popular for its own good leading to unwanted attention which resulted in an arrest in June 1993. Fleiss was convicted of federal tax evasion charges, which carried a seven-year prison sentence.

Pete Rose: Despite his on-field accomplishments as a player and later a manager for the Cincinnati Reds, Rose agreed to permanent ineligibility from baseball when he was caught gambling on games, including those played by his own team. In 1990 Rose was sentenced to five months in prison and fined $50,000 for tax evasion because he had failed to report more than $350,000 of income from autograph signings, sales of memorabilia and even the gambling that had cost him his career and good standing. At the sentencing hearing, Rose accepted responsibility for his predicament.

Willie Nelson: In 1990, the IRS served Nelson with a bill for $32 million in back taxes, one of the largest ever presented to an individual. The country singer claimed that his taxes had gone unpaid because his accounting firm, PriceWaterhouse, had put his money into tax shelters of dubious validity instead. He ended up settling his debt with the IRS in 1993.