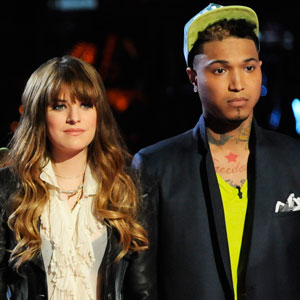 The Voice has officially become one of the shows I look forward to most each week and that’s because the talent just keeps getting better and better. And that goes for both the contestants and the judges. Talk about practicing what you preach – Adam Levine, Cee Lo Green, Christina Aguilera and Blake Shelton are as good at coaching their teams as they are at entertaining audiences.

It’s fun to see them perform with their protégés while still remaining objective coaches. They give constructive criticism without sugarcoating every word and tell the talented performers before them exactly what they think. As well they should. With a slew of Grammys, Grammy nominations and number one singles between them, the four coaches are charismatic, fun and actually know what the hell they’re talking about.

What sets The Voice apart from other singing shows is that the contestants are excellent. Of course some are better than others – it is a competition – but each one has had something to offer. My favorite recent performances:

Tony Lucca – Very clever having the former Mouseketeer do a rock and roll version of “Baby One More Time” – the song that made one of his previous cast mates famous. Brilliant move.

Erin Willet – Even with her father passing away in the middle of the season, she gathered her nerves and gave a brave performance of “Set Fire to the Rain.” While sometimes I think these artists should do themselves a favor and stay away from Adele and Whitney Houston songs, Erin did the former proud.

Jamar Rogers and Juliet Sims – They are the frontrunners of this competition which is dangerous because they are both on the same team. Take a listen to Jamar crush “It’s My Life” and Juliet belt out “Cryin.” Tonight they were absolutely the best two singers on the show – no question. End of story.

Cheesa – I can’t deny that she sang the hell out of a Whitney song tonight. Even though covering the late icon is a gamble, Cheesa’s rendition of “I Have Nothing” blew the roof off the building.

Unfortunately the last two finalists on Christina’s team are not exactly the most exciting on the show. I don’t see either of them taking the big prize and frankly their coach’s snide comments are starting to grate on my ears. She’s lucky she has such powerhouse pipes.

This show has dug deep and found some serious talent and I can’t wait to see what happens next week when the numbers are whittled down even more.