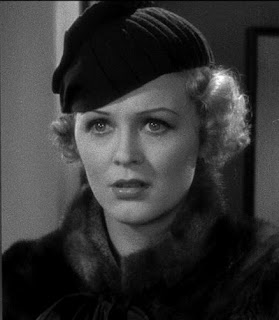 On September 26, 2010 Titanic’s Gloria Stuart died in her L.A. home after being treated for lung cancer. She was 100 years old. While most of us remember her as the elderly Rose (young Rose was played by then newcomer Kate Winslet in flashbacks) Titanic was by no means Stuart’s first rodeo, as she started acting in 1932. She is pictured here from back in the day – to say she was stunning is an understatement.

Although Winslet and Leonard DiCaprio were clearly the stars, Stuart’s part in Titanic was extremely important and her recollection of one of history’s greatest disasters was emotional and relatable. Even at age 87, Stuart was sharp, focused and extremely believable.

I recently watched Titanic for the first time in awhile and honestly I think I like it a little more every time I watch it. Whether you like romance, action, history or drama, this movie has it all. I still remember where I was the first time I saw it in theatres – a place called Riviera Theatre in Miami, Florida that no longer exists. The place was packed full of people of all ages and genders and although I knew how good the movie was then I first saw it I had no idea what was going to come next.

After Titanic became the biggest movie of 1997/the universe people flooded the record stores for copies of the soundtrack. We got CD shipments in on Tuesdays and for weeks (or maybe it was months) we had lines out the door of people who wanted – no NEEDED – that album. I don’t know whether these people really loved that Celine Dion song that much or if they wanted to get a piece of the movie in any way they could. Especially since it wasn’t coming out on VHS for awhile. At that point DVDs were unheard of so people had to wait until September 1998 for the tapes – and the movie was actually released on two tapes because it was so long. How’s that for a blast from the past.

Anyway, Titanic was an epic movie in 1997 and it still holds up. The dynamic between Winslet and DiCaprio was unprecedented and that hasn’t changed. Some have said that Titanic is our generation’s Gone With The Wind and I don’t think that’s a stretch by any means.

There is no denying Titanic’s impact as it accumulated a grand total of $1,843,201,268 worldwide. That’s a lot of digits! It became the highest-grossing film in history and remained so for twelve years until Avatar, also written and directed by James Cameron, surpassed it in 2010. Titanic also won 11 out of the 14 Academy Awards it was nominated for including Best Picture, Director and Original Song. This movie has been talked about for the last 13 years and will continue to be talked about for many decades to come. Rest in peace Gloria, you’ve earned it.