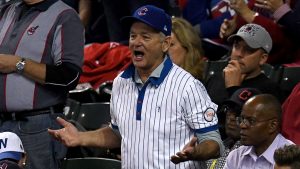 I grew up playing baseball (which later turned into playing on softball teams) because my dad liked the sport and so did my cousin. After spending time throwing a ball around with them, I really fell in love with baseball which led to watching movies like Kevin Costner’s Field of Dreams and Bull Durham, along with A League of Their Own, The Babe, Major League, Major League II, The Sandlot, Angels in the Outfield, and Rookie of the Year. As I got older, baseball movies continued to garner my interest and they still do! I love watching Costner as a pitcher in his early 40s in For Love of the Game, Dennis Quaid on a comeback tour in The Rookie, Jimmy Fallon as the ultimate Red Sox fan in Fever Pitch, and the fast-talking unlikely duo Brad Pitt and Jonah Hill in Moneyball.

There is something and will always be something alluring about baseball and the romantic history of the game that has been built on the great players like Jackie Robinson, Roger Maris, Hank Aaron, Derek Jeter, Mickey Mantle, Nolan Ryan, Willie Mays, and Andre Dawson, just to name a few, who have competed for over a century. That being said, no one can ignore the myriad of scandals the game has endured including gambling (Pete Rose), greed (Black Sox Scandal of 1919), the homerun free-for-all of 1998 (Sammy Sosa and Mark McGwire), and the subsequent performance enhancing drug issues (Jose Canseco and Alex Rodriguez, among others). Clearly baseball has had its moments throughout the sport’s rich history of players, personalities, passions, and problems, but even with all the headlines and rumors, baseball continues to be known as “America’s Pastime.” 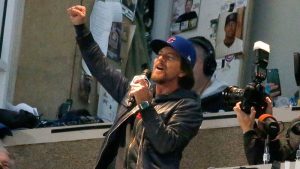 Although I’m neither a Chicago Cubs fan nor a Cleveland Indians fan, watching this year’s World Series has reminded me why I’ve always enjoyed baseball. While the fact that both teams haven’t won a World Series in a while (108 years for the Cubs and 68 years for the Indians) makes the series exciting, there have been many other factors that have contributed to the undeniable exhilaration these games have brought to primetime television:

Overall, baseball fans (and television executives) have been treated to a showdown worthy of America’s favorite sport. So much anticipation and excitement is now coming down to game seven tonight where one team will be crowned the champions of the world of baseball. I’ll be watching!