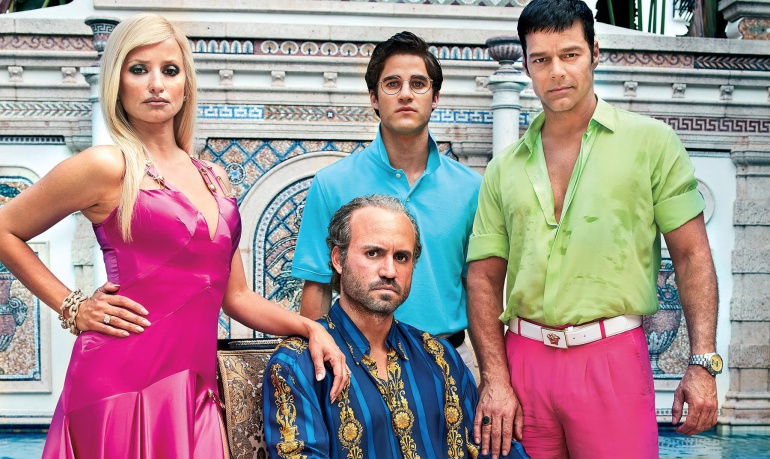 When I heard that American Crime Story executive producer Ryan Murphy chose Gianni Versace as the focus of his second season I was intrigued. In 1997 I was living in Miami and remember when the designer was murdered in front of his house on South Beach. It was a huge deal for many reasons – the obvious one being that Versace was such a big name – and the second was because his house was located on a busy street, Ocean Drive, and people walked by it all the time. I thought that it would be an interesting story that featured Miami as a colorful backdrop but other than a quick shot of News Café and some South Beach sand, no such luck. I also thought I would learn about the background of the iconic fashion empire and why the police didn’t pay more attention to sociopathic serial killer Andrew Cunanan roaming around Miami.

Instead, what most of the series has shown so far are the inner workings of Cunanan’s twisted mind and the way he ruined the lives of virtually everyone he came in contact with. He’s disgusting and I can’t believe that so much screen time has been devoted to him. Unlike 2016’s The People v. O.J. Simpson, which offered more of a behind the scenes look at what went down outside of the courtroom, The Assassination of Gianni Versace has presented very little regarding the police involvement in the case. In fact, all we’ve seen is the police failing to distribute the posters advertising Cunanan – who killed four men in six months before Versace – as one the FBI’s most wanted. Does that mean they forgot about him?! How does that happen? So far nothing has been mentioned and all we’ve seen is a deranged serial killer’s obsessive, delusional behavior and the randomness and lack of answers surrounding the murder.

I’m halfway through episode seven (of nine) and there is no doubt that the best parts of the series are the scenes that demonstrate the Versace family’s backstory which includes Gianni (played superbly by Édgar Ramírez), sister Donatella (played by Penélope Cruz who is not always my favorite but is great in this role), and his longtime significant other Antonio D’Amico (played by Ricky Martin who is excellent and apparently doesn’t age). Their family dynamic is fascinating as it continually shifts with the various high-profile issues they deal with including the designer coming out as gay, the decision of who will take the reins of the company when his ear cancer gets worse, and the subsequent changes that occur when he ends up beating the cancer. The conversations between the siblings are especially interesting because they humbly discuss how neither can sketch but they have innovative ideas. I also like the scenes where Donatella becomes an overnight fashion icon after she wears the black leather belt dress they create together.

While I do have two more episodes to go, I can’t imagine that this season of Crime Story is going to make a miraculous turnaround. Although the acting is superb, the content continues to be disappointing because of the focus on the killer and not on the iconic family. Giving so much screen time to a person who made a career out of lying, deceiving, taking advantage, and killing is frustrating because the scenes that highlight the Versace family are so much more captivating. Murphy has said that season three will explore a New Orleans hospital overwhelmed after Hurricane Katrina and season four will delve into the Clinton-Lewinsky scandal. Hopefully both of those seasons will take their cues from O.J. Simpson by highlighting the innovators, go-getters, heroes, and creators rather than unhinged villains who ruin lives.