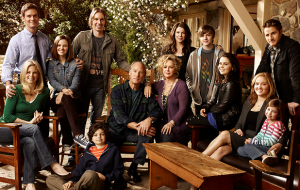 I’ve always been a fan of ensemble family dramas, especially ones that focus on relationships between siblings, which is why I enjoyed watching Brothers & Sisters from 2006 to 2011. But somehow I missed Parenthood, a show that also fits that same description, and aired from 2010 to 2015. Luckily, Netflix was once again able to hook me up with all the seasons of a new (to me) show that I could watch in its entirety so I got started. After watching the first few episodes I realized that, although Parenthood is excellent, it bares more than a few parallels to Brothers & Sisters: 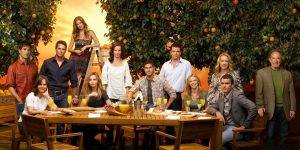 Although I’m only a few episodes into season two, Parenthood already has me hooked. I can’t wait to find out what happens next and a lot of that has to do with the superb acting. Craig T. Nelson’s ability to play a Vietnam vet who is as funny as he is unstable, Erika Christensen as the competitive, feminist workaholic mom with a great husband and daughter, and Mae Whitman as the feisty high schooler who realizes she is brilliant, are my favorites. Another favorite is Dax Shepard who has officially convinced me that he can be charming without being a slapstick idiot.

Overall, the Braverman family is full of rich characters who demonstrate why family is so important without being too over the top. Even Lauren Graham, who somehow finds herself playing a single mom again, is funny without being too much like her former Gilmore Girls character. Additionally, the young kids on the show turn in impressive performances – they are authentic, sweet, and captivating – especially Max Burkholder who plays a nine-year-old with Asperger’s. He’s got a tough but important job and absolutely nails it.

If you’re a fan of ensemble dramas that insert humor in all the right places, check out Parenthood on Netflix. I think you’ll be glad you did.