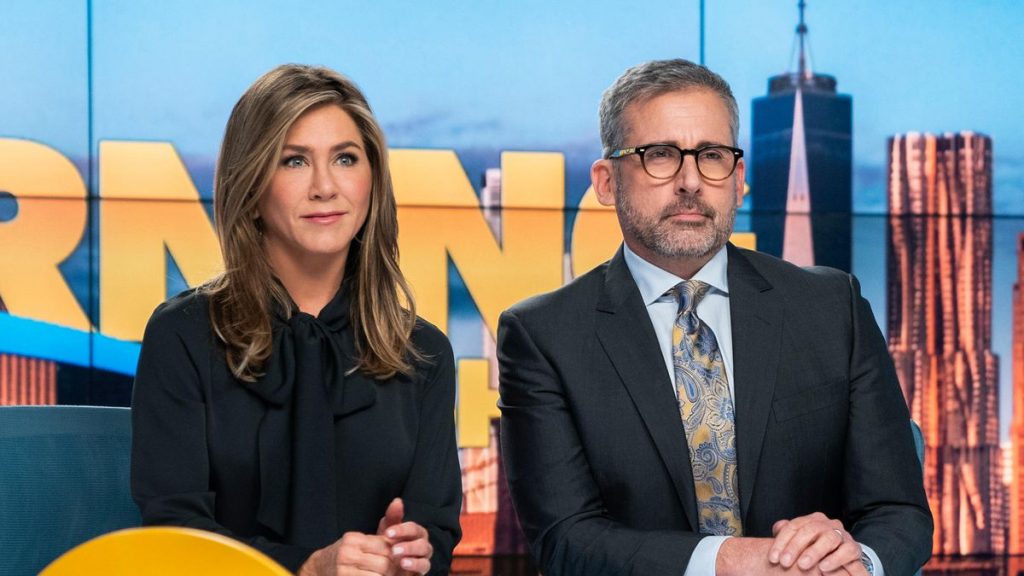 Apparently, Apple is taking over the world. Everyone knows that iPhones, iPads, and Macs are ubiquitous, and have been for a long time, but the latest news is that Apple now has its own “over-the-top, ad-free subscription video on demand web television service.” What?! I looked it up and discovered that the term “over-the-top media service” means that AppleTV+ is a streaming media service offered directly to viewers over the Internet. Not sure why the “over-the-top” classification is necessary but I digress. Apple TV+ debuted two weeks ago and somehow, because I have a Mac, my subscription for the first year is free! Yeah!

The only reason I care is because a few months ago I read about a new show premiering exclusively on Apple TV+ starring Jennifer Aniston, Steve Carell, Reese Witherspoon, and Billy Crudup called The Morning Show. With that lineup I assumed it would be something to watch. So far, so good.

Aniston plays Alex Levy who anchors The Morning Show, a popular New York City news program that I think is supposed to mirror the Today Show. Evidently, the show is everyone’s favorite way to start the morning and their loyal audience considers Levy and her anchor partner Mitch Kessler (Carell) “family” – that is until Kessler is fired for sexual misconduct after fifteen years on the air. Understandably, the allegation sends everyone, especially Levy and network executive Cory Ellison (Crudup), into a complete tailspin.

Meanwhile, Witherspoon plays Bradley Jackson – a field reporter from Nowhere, Virginia – who has a mouth on her, a chip on her shoulder, and a hankering for making her voice heard through her no-bullshit brand of journalism. We meet Jackson at a coal protest where she completely goes off the rails after her cameraman gets pummeled by an idiot protestor who isn’t educated on the issues he’s there to protest. Everything she says has merit but her delivery is what makes her rant go viral which ultimately lands her in New York City.

I don’t want to give too much away, but here are my takeaways from the first three episodes:

At this point, AppleTV+ content is viewable through Apple’s website and through the Apple TV app. Apparently availability will continue to expand – no surprise there. If you have a Mac computer you can watch The Morning Show and I highly recommend doing so – especially with a cast that includes Tony, Golden Globe, Emmy, and Academy Award winners. In short, the talent runs as deep as the storylines.