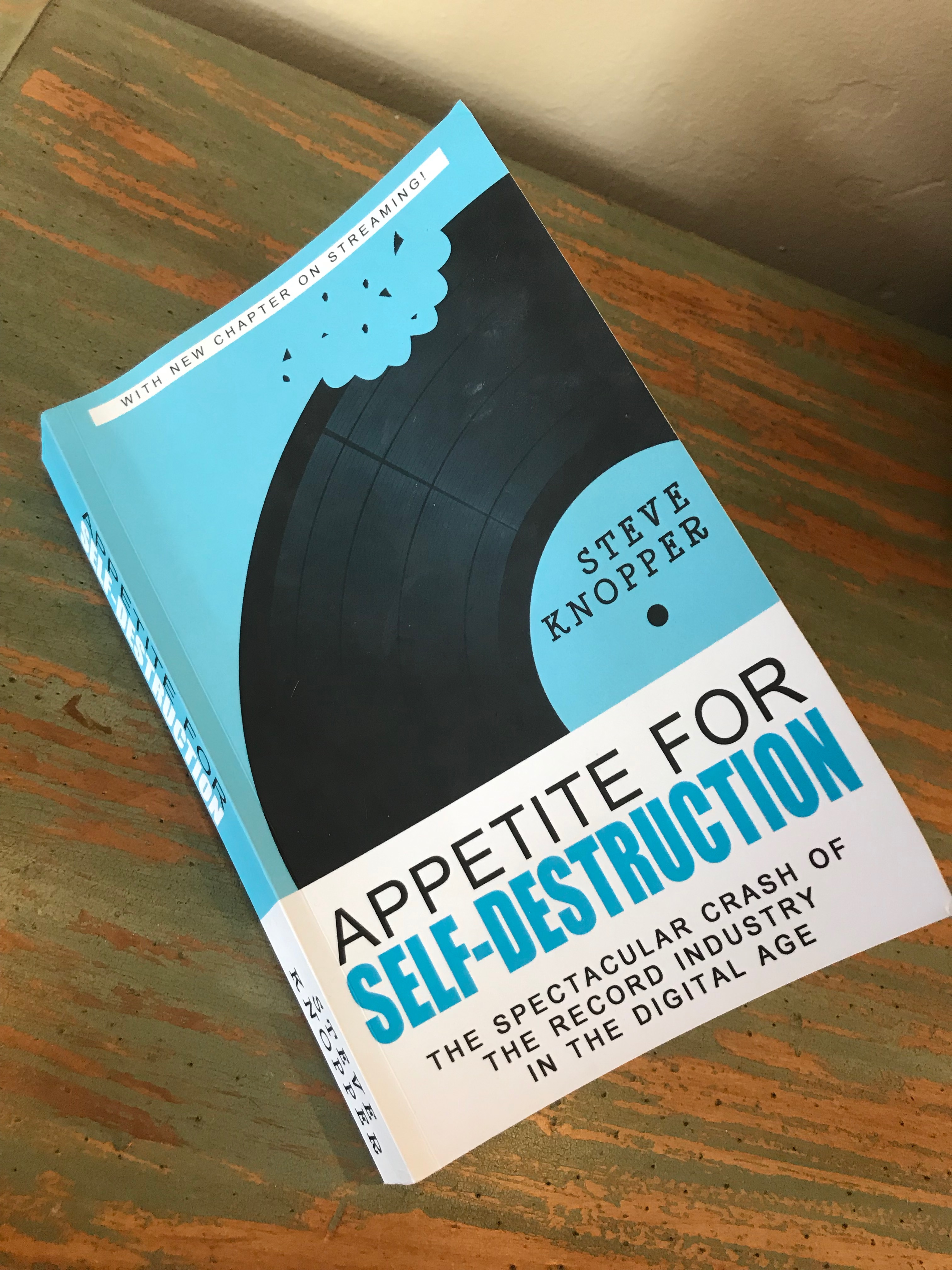 Written by Rolling Stone writer Steve Knopper, the book was initially published in 2009 and then updated in 2017 with a new chapter about streaming services including Spotify, Apple Music, and Tidal. It’s amazing how much changed in those eight years as a large number of people decided that they no longer cared about having a music collection. Instead, their focus was having access to the music they wanted to listen to whenever they wanted to listen to it.

While the book contained a lot about the history of the rise and fall of the record business I already knew, there were many pieces of information and various perspectives I hadn’t read about or considered. Clearly, Knopper did his homework and spent a lot of time tracking down and interviewing the key players. A few of the highlights:

The Power of Michael Jackson

Apple Takes Over the Music World

Overall, Rob Wells of Universal sums up the shift in the music business best: “You have to throw away everything you’ve ever known about the music industry…consumers are no longer paying for the right to listen to something tangible like a CD. These new models are payment for what’s coming out of the speakers.” He’s right as well.

Although vinyl has made a surprising comeback, and listening to records on an actual record player is a frequent occurrence in our household, there is no substitute for the ease and mobility of digital music. Over the past five years of being on the air, I’ve played every single radio show from iTunes on my computer because it’s the easiest, most advanced, and most approachable way to do it.

While I miss the old days of slinging CDs at Spec’s Music stores in Miami, I understand that there is no going back. Digital music is here to stay and the record industry’s crash is another lesson to be filed under “the only constant is change.” The good news for us and the next generation is that the power of music hasn’t changed and I don’t think it ever will.